If you're looking to do Timelapse with the GH2, there's a few options for remotes (none as cheap as the ones available for Canon). Vimeo member Olivia writes in showing the Pixel Intervalometer (a.k.a Timer Remote) in action. Seems to do the job pretty well firing off the camera at whatever chosen interval setting. Not sure what's going on with all those extra menu options such as Delay and Long. The Pixel one she's using is cheapest via Amazon than through eBay, and you can find it below. [Thanks Olivia]

Of course i'm always looking for a deal, but unfortunately eBay isn't the place to find a cheap Intervalometer for the GH2 at the moment. There's actually a different model that runs even cheaper than Olivia's, but says only 5 left. Does it work? No reviews on this one just yet, but i'm guessing it works just fine. I might have to grab me one of these.

Testing out the Canon 60D w/ Tokina 11-16mm with cheap Timelapse Timer Remote. I'm still very happy with this cheap Timer Remote. I thought that it would have battery problems since there's no On/Off switch. You have to flip the watch type button battery around when it's not in use. There's been several days I didn't flip it around, and i'm still on the same battery. I stayed at Caesars Palace and this was the view from the outside staircase and took 1,275 photos with 3 second intervals. Really short clips of this will end up in a video project. Camera just set to AV F/9. Everything else was pretty much automatic.

I wanted to travel with a minimum amount of gear to Las Vegas so I played the dating game with my cameras, to make the best decision. Camera #1 what would you do for wide angle and zoom shooting? After a few questions, I ended up taking the Canon 60D over everything (yes even the 5D Mark II). Why? Well most of my footage would be in CES which was very well lit. In fact all of Vegas is pretty 'well lit'. So I decided to take my Tamron 18-270mm with VC. This lens gives me both wide and super zooms and has Vibration Control (same as IS) all in one lens. For super duper wides, I brought out the Tokina 11-16mm. Both lenses won't work on the Canon 5D Mark II, so he's out of the picture. Since my audio gear was going to be minimal, the Manual audio controls of the Canon 60D beat out both the 7D and T2i as options.

We chased a TV hostess for a network show around while she demoed some of the items at CES. She was on a wireless microphone, but I needed to get as much of the same audio for later syncing. With a simple Rode VideoMic and 60D Manual Audio controls, I was able to pinpoint the sound I needed from our television hostess. Using a wide lens and staying close to the TV hostess was also a technique to focus on the sound I wanted and leave out as much ambient noise as possible. For those who still have questions, the Canon 60D has been a top performer and very versatile. I'm also finding myself really using the swivel LCD, and can't wait till Canon implements this into the 5D Mark III (if that ever happens.....)

Someone responded to my earlier video about the Nikon P7000 and Canon G12 review. I mentioned that the Canon G12 can accept a remote for Timelapse Photography and the Nikon doesn't accept the remote. Turns out Nikon has an Intervalometer feature built in and you don't need to carry an extra gadget. Touche' I say, and well played Nikon...well played indeed. So I stand corrected about Nikon and Timelapse Photography.

Not to sound too biased (again), but the Intervalometer feature built into the Nikon isn't so great. There's also a nice little feature for HDR photography already built into the Canon G12 that makes Timelapse Photography even more fun. I'm loving the G12! Many times we cover events and want to timelapse the whole setup process and footage throughout the day. For you Wedding Videographers, the G12 is a great camera to throw into a corner and get some Timelapse footage to incorporate into your videos. For Real Estate agents or anyone doing interior work, grab a tripod and let the camera process out a more balanced exposure. Check out the video above for more information about HDR timelapse with the Canon G12, and I can't wait to take this out for some Timelapse fun. 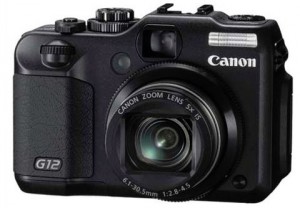 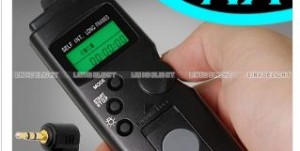 The Timer Remote i'm using is the same for the Canon 550D / T2i and Canon 60D found here: https://cheesycam.com/canon-60d-timer-remote-timelapse/

If you're looking for a remote that fits the Canon 7D & 5D Mark II you can find it here: Canon Intervalometer Timer Remote for EOS 7D and 5DMark II

Here's a quick run through of what to expect from the Aputure Timer Remote when getting the Intervalometer ( Timelapse ) feature started. This timelapse remote is for the Canon 550D / T2i and will not work with the Canon 7D or 5D Mark II. The connection to the camera is similar to a mini stereo headphone jack. The other cameras use a different round connection type with several pins. This Timelapse is remote pretty straight forward once you do a quick run through on the user manual. There are much more features for this remote that I haven't dived into yet, but that will be posted up soon. There is no option to start and stop video (I get alot of those questions). It's a great little remote for the price of $22.00 dollars.

Other news, here's an item I just received. This is an aftermarket Timer (Timelapse Intervalomter) remote purchased from eBay for the Canon EOS 550D / T2i

. I'll be doing a review on this item and also some battery tests with the OEM vs Aftermarket 550D / T2i batteries. 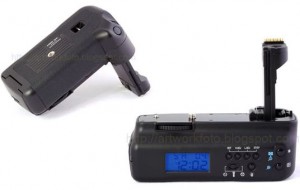 I recently posted a review on the aftermarket Battery + Grip for the 550D / T2i. Someone asked me how I would be doing my test comparing the battery life. Since I can't shoot continuous video until the battery dies, I thought doing a Timelapse test could possibly show if the photo count would be significantly more or less. For this test i'll be using the Intervalometer (timer remote) purchased for just $23.00 dollars + free shipping. One important thing to remember when buying an Intervalometer is the maximum number of pictures it can take. Some are limited, not sure why, but the one here had a 00 mode for unlimited shooting.

I won't be using the grip because that will take forever for the batteries to die. I'll just be comparing one battery against the other trying to figure out how many photos it can take before the camera batteries run out of juice. I'll let you know how the test goes when I can find a full day to run the timelapse (and something interesting to shoot too). You can purchase this Timer remote for as little as $23.00 + Free Shipping.