If you're curious about seeing how long (or short) that list is, I suggest sending them an inquiry. The website can be found here: https://DVEStore.com.

Ok, now on to the next point of business. The BlackMagic Pocket Cinema Camera I have here is on loan. I have a short amount of time with it, but I've already reached out to a few friends to see if they can put it through the paces. We've planned a long weekend of travel and shooting a variety of footage with this camera.

I needed to buy additional bits just to get going on this camera (more info on that later), and also rented a few bits I think people will be interested in. The Pocket Cinema Camera does not shoot RAW (CinemaDNG) at this time, but the ProRes files are still impressive. A firmware update will add CinemaDNG capture.

We plan to shoot very short clips and upload them for you to download and play with (color grade). If you have any general questions about the product, leave some comments while I have it. Once I send this little guy back, I doubt I'll be seeing it again for several months. Over the next few days i'll be adding some additional information about working with this camera, so keep following...

The Panasonic DMC-GX1 was a popular little Micro Four Thirds camera only released about a year ago. At 4mp burst mode, the camera can capture a fast 20 frames per second. Besides the built in pop-up flash, the GX1 still offers a hot shoe for attaching a more powerful external flash. The camera can also accept an optional EVF attachment. If you're looking for a small handheld MFT camera, B&H currently has the DMC-GX1 on sale, for under $240 (body only) via B&H (click here). 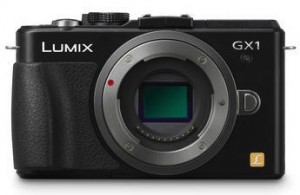 [Update] Just overnight the camera dropped another $50 dollars down to $199 (body only) via Amazon (found here).

This is great deal on a small travel photo camera. Often when i'm trying to figure out the quality that can be achieved from a certain camera or even Camera + Lens combo, i'll jump over to see what images have been captured by doing a Flickr search. There are some really amazing images coming from the Panasonic DMC-GX1, and you can check it out at Flickr (click here).

Disclaimer: I help to design products for PhotographyandCinema.com. The article below is information about the new P&C GearBox. There are many other great DSLR style cages available within articles of this blog that you may also want to consider. 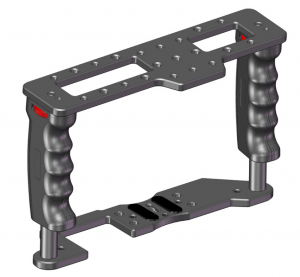 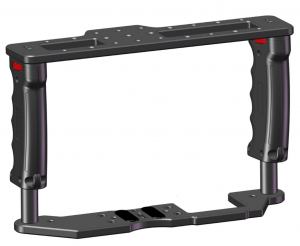 There are many High End, Super Heavy, Robust video cages available for the Professional market, but we found a lack of more affordable options for smaller style video cameras such as the Sony NEX-7 or Popular GH2. The P&C GearBox is designed to be simple, lightweight, modular, and of course - affordable. 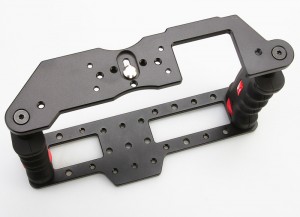 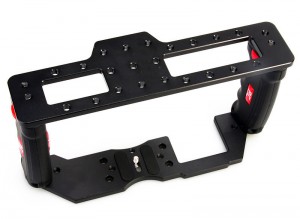 The GearBox has a solid metal bottom and top bracket with several 1/4-20 mounting options for your accessories such as an LED video light, Portable Recorder, HDMI LCD Monitor, Microphone, Wireless Receivers, etc. To take up minimal space in a bag when packing up or traveling, the GearBox can easily be disassembled with a single Hex driver. 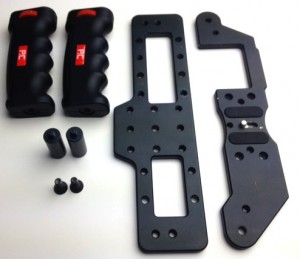 The GearBox will support a quick release plate underneath if you want to mount the rig onto a Tripod. Extension adapters are provided to support taller cameras, or if you want to add a quick release system into the cage unit allowing you easy removal of your camera body. The rubber coated side handles provide a non-slip comfortable grip and are spaced further apart to add stability for hand-held shooting styles. Interested in a Rail System? Soon to be released is the 15mm Rod adapter (sneak peek here).

As a new item, there is an Introductory Price of just $79.99 over at https://PhotographyandCinema.com (Click Here).

The GH2 or other small video cameras are very lightweight and the selection for a quality stabilizer are few. Lately, there's been some interest around modifying a Steadicam Smoothee to work with such light cameras. I was able to modify one successfully, but I never got around to showing it's full capabilities. So it's great to see other examples out there, and here's one of the best videos i've seen so far about a modified Smoothee (a.k.a Baby Merlin) with a GH2 camera from Vimeo member MKVideoFilms.

If you want to find out how to modify your own, there's an article posted here: https://cheesycam.com/diy-steadicam-smoothee-mod-cheesycam-baby-merlin/ 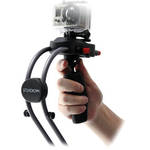 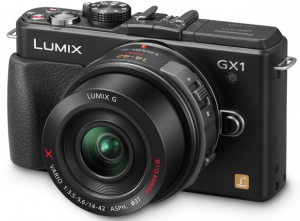 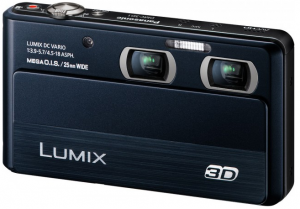 . It's been a hit for a while now, and I thought it was finally time for me to test one out. As much as possible I love shooting with smaller cameras, and this fluid head was a great surprise. Works great as a spare head on the Konova slider instead of using the static Ball Head (and cheaper too).

If you're just starting out with a GH2, Olympus Pen, or Sony NEX-5n camera you'll get some truly fluid movements with this sub $30 dollar fluid head. It's no wonder this fluid head gets rave reviews over at Amazon

and B&HPhoto websites. Best bang for the buck no doubt. Here's a few things to keep in mind about the Velbon. It's plastic, all plastic (except for a bit of metal on the pan bar). Although it doesn't feel fragile to break in under your camera, it's not designed to be thrown underneath all your other heavy equipment or to be tossed around.

Don't get the bundled tripods as i've heard nothing but horror stories. You'd be better off buying another one like the 190XDB from Manfrotto (found here). Don't overload the thing. I used a Canon 5D Mark II and Canon 100mm Macro F/2.8 which worked well, but the head does not have a 'balance' feature so it wanted to tilt forward with the heavy lens. It's too bad the build quality comes in short, because the performance is truly amazing for such a cheap head. Often you'll find the head on sale as low as $26 dollars, and for a spare head on your DSLR video slider, track dolly, or even one for your Monopod it's a deal. You can find them on sale at B&H (click here) 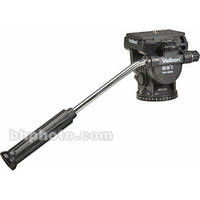 Some people swear by shooting only cards that are 8GB in capacity Max. I shoot with 32GB cards, call me a Danger Seeker. Some people shoot only Sandisk media. I personally shoot with the Transcend Class 10 or 400x Media Cards

Regardless of anyone's rhyme or reason you can grab a Sandisk 8GB SDHC Class 10 for an awesome price over at B&H much cheaper than elsewhere. As for the Transcend 8GB Class 10 (which isn't as fast, but fast enough for video) you can find those running under $12 dollars. Links below.

Yes it's an amazing camera if you can actually get a hold of one. Retailers are always out stock, and even if you can find a GH2 it's going for a pretty nice markup. Samy's seems to have 1 single Black (Body only) in stock for regular price. Here's your chance to save $200-$300 dollars on this beauty compared to going eBay rates. Lucky takers, follow the link below:

Cameras are getting smaller and lighter. People are attempting to fly GoPro's and iPhones on Steadicams. For lightweight cameras including Sony's A55, Panasonic GH2's, or Canon T2is, here's a simple DIY DSLR Steadicam (merlin style) stabilizer idea from Vimeo member KFLeung. There isn't much tooling required, it's more of an assembly of readily available pieces which combined provides you with a framework, gimbal handle, and counterweight for a camera Stabilizer. Starting with an inexpensive Flip Flash Bracket

. These brackets are made for photographers to mount a Flash above the camera. When the camera is rotated in either landscape or portrait position, you can flip the flash so it still remains above the camera (i.e. to bounce light from a ceiling). This video is actually about 3 years old, but there are still several people using this method with good results.

The Gimbal (handle) is based on a mini tripod with ball head so that it swivels freely. Getting a good fluid mini tripod is key to having smooth movements.

A really simple method to creating a 3 axis Gimbal Handle most people don't think about is to literally take a mini ball head and throw it on top of a Barska Handgrip. This setup adds some size, but is extremely comfortable and acts as a decently effective Gimbal Handle system. (I can see many of your minds already at work with that idea...)

The arch design of the bracket gives space for your hand to work, while providing an area to mount a counterweight below. At this area, you can use simple Fender Washers like most Hague or Indiehardware stabilizers. When you're done, the stabilizer folds into a small form factor.