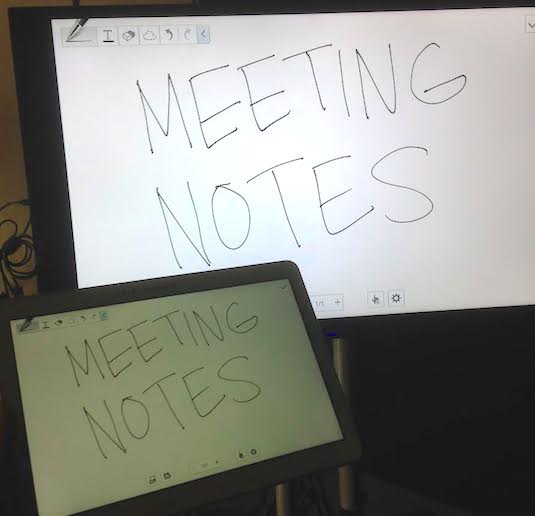 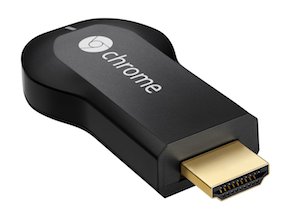 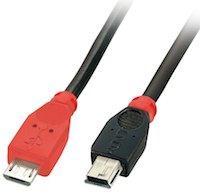 I own several Manfrotto 190CX3 Carbon Fiber Tripods. Perfect for a set of light sticks under a 701HDV video fluid head working with smaller cameras. The 190CX3 regularly runs for $243 dollars (as seen here) weights only 3 lbs. and is rated to support a small load of around 11 lbs. 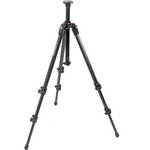 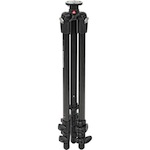 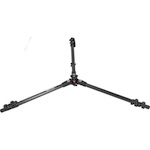 If that's not enough, the 055CXPRO3 is a heavier duty Carbon Fiber Tripod weighing in at just 3.6 lbs capable of a 17 pound load. Not just beefier, but also more features such as a center column that can be positioned horizontally.

For about the same price as my lesser 190CX3, right now there's a deal to receive an Instant Savings of -$150 off the Manfrotto 055CXPRO3 Tripod Legs bringing it down to just $249. 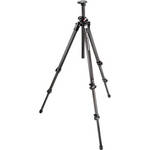 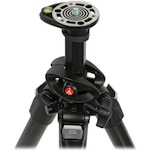 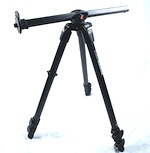 Here's a video from YouTube member Kicapiproduction showcasing one of Wondlan's new Wireless Follow Focus System products. The new WFF is designed into a single unit that contains an 5" 1200x800 resolution HDMI monitor [thanks Kicap].

According to the details of the video, the wireless focus system is rated to have wireless range of up to 100 meters, but the the wireless monitor is only rated for a 30-60 meter range. I'm not sure what's going on with the use of an external HDMI cable to the monitor. It seems like they just threw an HDMI monitor inside of a case along with one of their existing Wondlan Memonic Wireless Follow Focus system (found here). 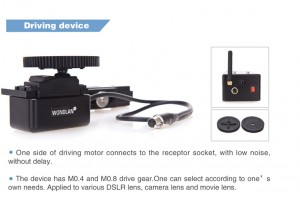 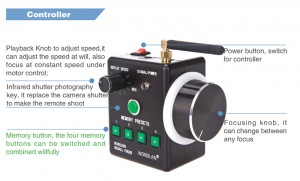 With more refinement i'm sure they can shrink the entire package down, keep all the circuitry internally, and actually make it one single unit. Looks like a cool system, but might be a bit early on the design right now. The unit isn't posted on their website yet, but i'll keep an eye open to how this new product develops.

Sean Rivers shares this excellent review on the PhotographyandCinema.com PR-1 Shoulder Rig [Thanks Sean]. The P&C PR-1 shoulder rig is bundled with a basic set of rails, clamps, Swiss Rods, extended handles, and shoulder pad for beginner shooters, but can easily be expanded with other Industry Standard 15mm accessories. The baseplate of the PR-1 was originally designed for smaller cameras, but with a Manfrotto quick release baseplate added, Sean was able to mount up his Sony FS700. You can find additional information about the P&C Prime Shoulder Rig PR-1 (click here)

If the product is Out of Stock, you can also check to see if it's available via Amazon (Click Here) 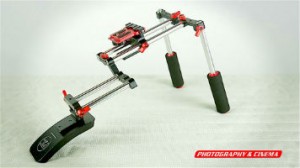 [Thanks Oliver]. This is a new light for Yongnuo I blogged about a few weeks ago which comes with an IR remote for controlling brightness. The light has built in barn doors and comes with a few colored filters for creative effects. More about the YN-300 LED video light is found via eBay (Click Here)

I'm sure people are hoping to hear good things, as there are not many Matte Boxes out there to come in under the $250 dollar mark. You can find more about the new MBX MatteBox product via Amazon (Click Here).

Some Directors may want to look over your shoulder to see what you're shooting, so by streaming a video feed over, they can stand aside while you shoot. This is a test of an 8" monitor that has built in wireless, powered by a Canon LP-E6 battery, and a remote is mounted to the camera. It also has an HDMI input for non-wireless. That's all I can say for now.

Ok, someone nailed it. It's an 8" HDMI LCD monitor

, but has built in wireless and comes with an SD Video transmitter. Normally around $500 bucks, there could be a few dozen available (soon) for around $200-250 which is why I was testing it out to see if it could be useful in some ways. It doesn't appear pixelated even when using the 5D Mark III SD out port. I could see this being used to send video out to someone who needs to see it. What do you guys think, at a lower price is this something useful? Find more information about it below (click here). 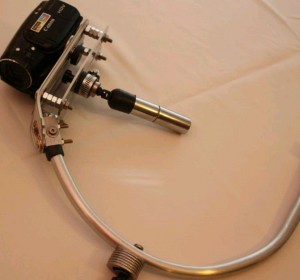 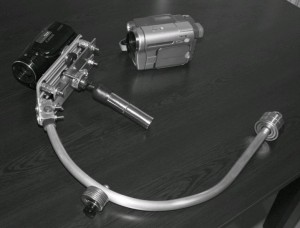 One of the most passionate DIY'ers tackling the Steadicam Merlin design and Gimbal handle with full rotation that I know about is WSCLATER. If you check out his website over at https://www.diycamera.com/stabiliser, you'll find years of logs refining a single Steadicam project. Yeah I think I would have given up by then. There's seems to be a very similar version showing up on eBay called the 'Steadicam Gizmo'. Personally there's some things I would clean up to finish up the little detail work, but looks really close to what WSCLATER has been working on. Four items sold just today for this Steadicam Gizmo, and parts can be purchased seperately. If you're not the DIY type, you might to check out the handle which uses the same design as wsclater, which might be a good improvement for that IndieHardware stabilizer as an upgrade. Check out the Steadicam Gizmo DIY stabilizer found on eBay auctions 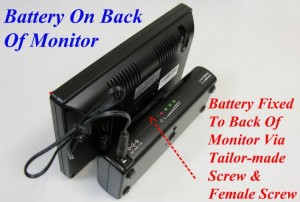 So the new combo deal is driving people nuts who currently own the 7" LCD Monitor by Lilliput, because they just missed the boat on the Battery + Shoe mount accessories. If you were one who got the early jump on these bargain priced portable HDMI monitors and need the battery pack or shoe mount, you can message the seller to see if they'll work with you on shipping something. Otherwise here's some Lilliput Portable Battery options for your HDMI DSLR Monitor. 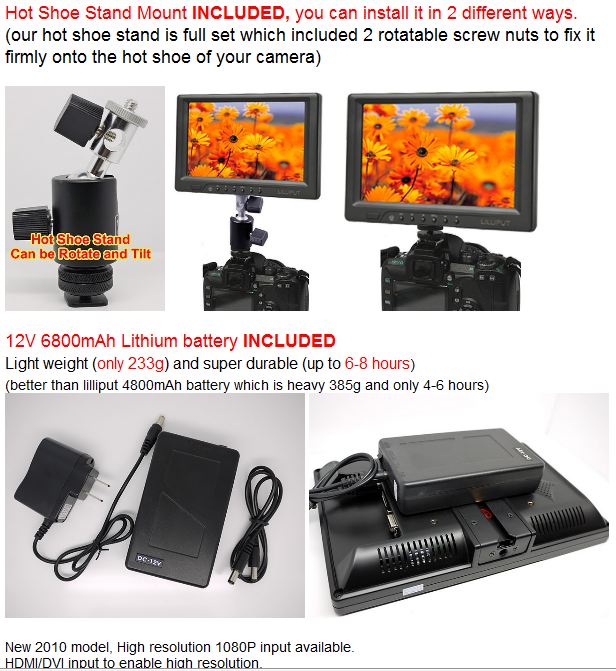