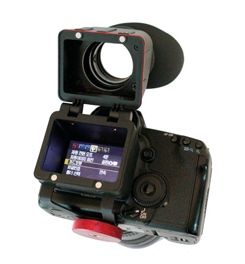 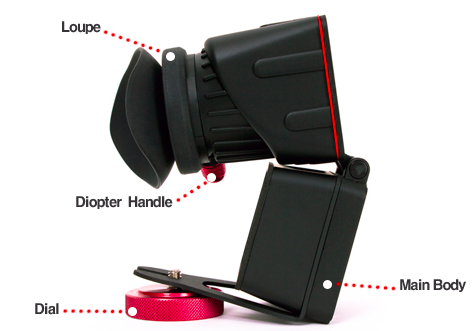 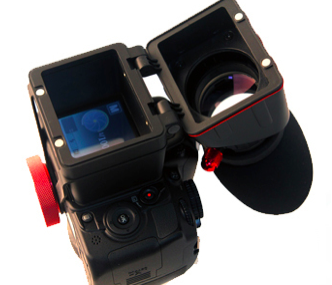 So I tested some playback on the GH2 with this mini-lcd, but that wasn't the test I was hoping for when I first got this LCD. The Panasonic GH2 will only output in recording mode through the HDMI. It can only 'playback' through Composite. The Canon cameras can output from Composite, so I brought in the AV cables that are provided in the box. It's great to see that the LCD actually scales the input properly too. Something else that's pretty cool. When the Canon is displaying the Live View, it doesn't use the entire 3.5" LCD. Why is that cool? Because I threw on one of those magnetic frames for my LCDVF for 3" LCD's and it's just about a perfect fit over the displayed image. 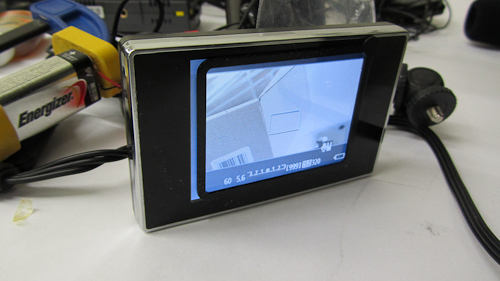 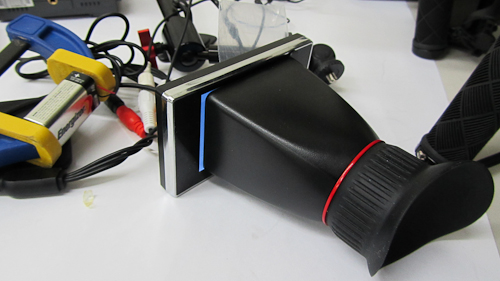 The tests with the Canon 60D are awesome, and much more than I expected from a sub $26.00 dollar LCD. It's definitely usuable for my DIY EVF ( Electronic View Finder ) Project. Might not be compared to other EVF's (coming) on the market, but for under $26.00 dollars, i'm not complaining. It does what I need it to do for now. My plan now is to mount a 1/4x20 Nut to the rear of the LCD and use a Friction Arm to position it wherever I want. [Update] Did it. 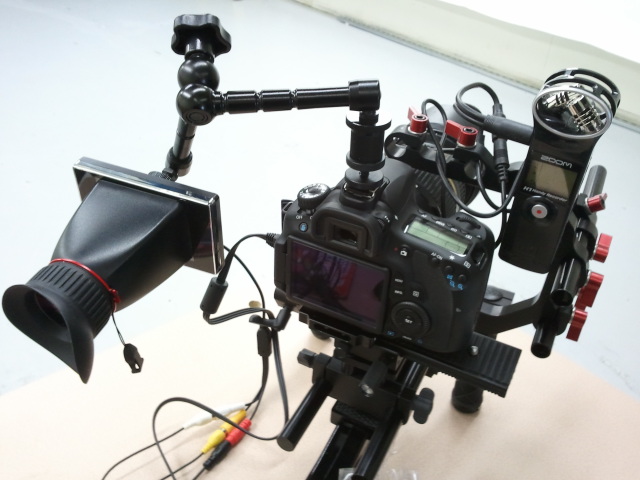 This should also work perfectly with my GoPro HD camera as well, since the GoPro lacks it's own LCD. Here's another cool little kicker, since you're all wondering how it's powered up. As I expected, it doesn't even require 12Volts to run. I attached it to a simple 9Volt battery. Yes 9 volt battery people, that's all it takes to power this bad boy up. One thing I was noticing though is that the exposure wasn't as good with the 9 Volt battery. I think even though it turns on, it's under powered and causes the display not to look as good as it can be. 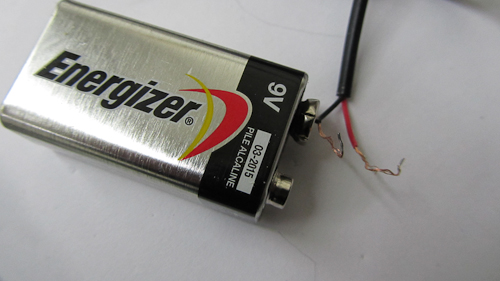 If you're searching for this mini monitor too, this is how the LCD looks (below). It's a bit confusing since resolution is listed differently depending on the auction, but I think they are all the same. It's a 3.5" LCD with Composite input. If you see one like this, it's probably it. More to come with these Mini-LCD's from Cheesycam for sure..... 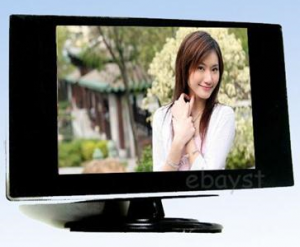 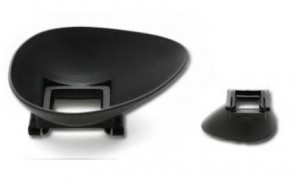 Opening up a new article here, hopefully we'll get some comments in that will provide for anyone seeking information on upgrading to these DSLR Eyecups

. This blog has really expanded to include a 'Woot' & 'Yahoo Answers' type model, so i'm trying to include different posts and keep things interesting. I'm seeing more Photographers upgrading their standard Eyecups to these DSLR Eyecup Upgrades

. It does look very comfortable for landscape shots, I personally don't use these and wonder how comfortable they would be flipping into Portrait mode. There's also magnified versions available that supposedly give you a better view through the glass viewfinder. Starting at only $2.99 + Free shipping, I guess I can always order and see for myself.

Has anyone been using these items?
How comfortable are they?
Which version of this do you have?

that take a note from LCD Viewfinders and magnify the image to give you a better field of view and possibly sharper focus. The most popular brand name coming around is Tenpa. 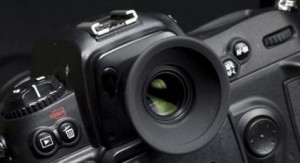 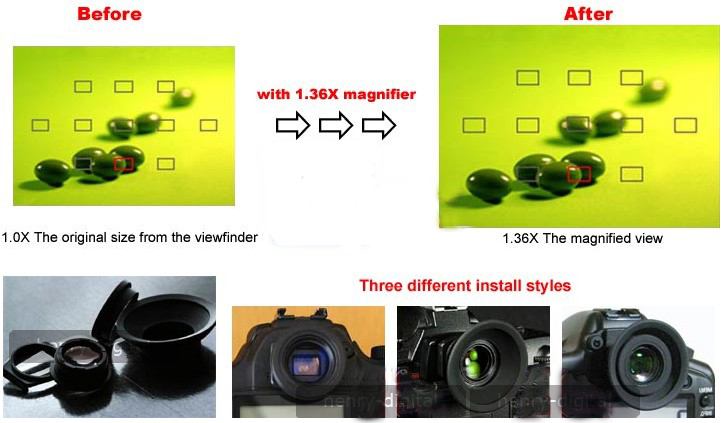 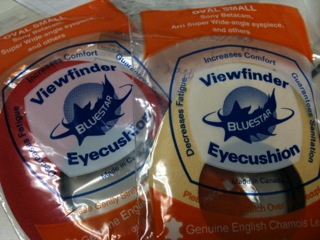 BlueStar Eyecushion upgrades for your view finder loupes are definitely high quality stuff for an inexpensive price. I just received two in this morning, in colors Red and in Tan, with a Microfiber finish. If you're looking for the type to fit onto the LCDVF or LCDVF clone perfectly, you'll want to go with the Oval Small and the Microfiber version was the original one that shipped with the LCDVF. Other types of finish offered by BlueStar Viewfinder Eyecushion's are available in Cotton and Fleece. There are also a ton of colors available too. A definite must have for a more comfortable fit for these ViewFinder loupes. These guys know their stuff, and if you're looking for a perfect fit on any type of camera, give them a holla over at https://www.bluestarproducts.ca/ with your questions.

Reminder that these LCD viewfinder loupes aren't just for videographers. These LCD viewfinder loupes are perfect for outdoor photographers who have to fight the bright daylight when reviewing their LCD for proper exposure and focus. I've noticed the prices already going up on these uber cheap LCD Viewfinders from my earlier posts, and there's still talk of discontinuation due to possible infringment issues. 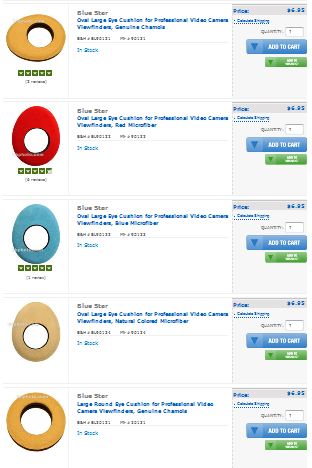 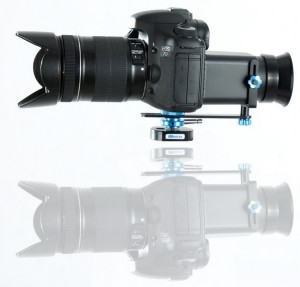 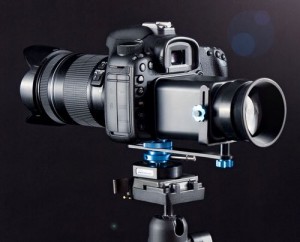 Hong Kong trying to introduce a new ViewFinder, but is a bit late in the Viewfinder game. It's a decent color scheme when matched up with it's Wondlan Shoulder Rig counterparts

, but outside of that it's not my style. It's also a bit pricey for something coming from over seas, considering the hot topic is the LCDVF clones. Now with the LCDVF replicas selling from under $70 bucks, the only thing anyone would want from this Viewfinder would be the solid mount under the camera.

I'm already skeptical about this even moving off the shelves. The only thing that's going to save this idea is if it gets in our hands for a good ol' fashion showdown viewfinder vs. viewfinder style. Here's where you can find this Wondlan Viewfinder.

For those who are purchasing any type of aftermarket LCD Viewfinder and want to add the additional cotton, fleece, or microfiber eyepiece, here's the actual product that normally ships with the real LCDVF. I dug mine out of a box (never used it) and turns out this is the exact ones that ship with a new LCDVF. In fact after a couple of comments and referrals, turns out this Eyepiece company pretty much dominates this product line. They are available everywhere and are used by several different companies. Quality is top notch and available in Cotton, Fleece, and Microfiber.

The original one that ships from LCDVF came in Microfiber - Oval Small. Available in a variety of colors (yes even purple), ratings over at B&H are 5 stars, run much cheaper than the Jag35.com eyepiece, and after shipping pretty much cheaper than anywhere else. Soooo cheap in fact, it's practically disposable. I may have to grab a few to replace after they've become sweat soaked, or in case someone with cooties wants to borrow. Check out the Professional Fleece / Microfiber Viewfinders for your LCD Viewfinders.