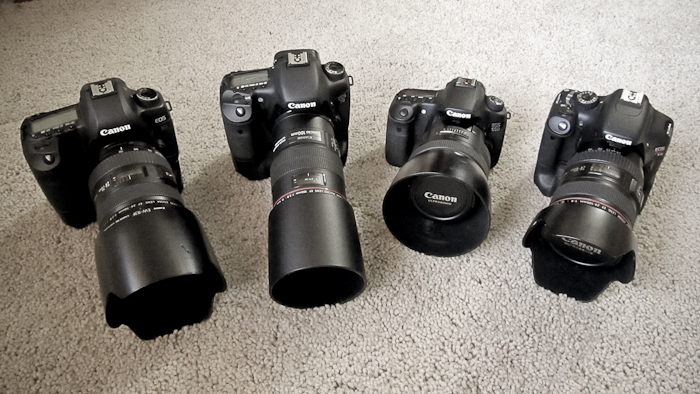 My first video test out in the front driveway with the new Canon 60D. I was too lazy to do anything other than use a tripod, so the video is going to be quite boring. Lens was the Canon 24-70mm F/2.8 with Hoya ND4 + Fader Filter (stacked). Shot in 1080, dropped down to 720 and compressed to WMV (not the best example). I'll do something more interesting soon enough.

The Canon 60D is a new pup in the house, so she's been caged. LOL. Testing out some possible configurations with the Letus35 Letus Talon DSLR Camera Cage. I have the Hawk VF on the back which works with the cage, but I think it'll be better used with an external monitor. I have those new Power Arms mounted onto the many optional threaded holes around the cage with the Z96 LED Video light off center and a Rode Shotgun Mic (soon to be replaced). Those Power Arms Rock!! I'll do a video on those in a bit, gotta show you how they work. 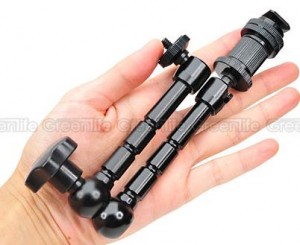 The Zoom H4n is also thrown over the top. Having a DSLR cage is really handy when you have so many accessories to mount. If you start with a standard base Rod type rig, you'll still need different methods of mounting accessories. Using the cage method, you'll have more mounting spots that one would ever need. The Letus Talon DSLR Cage also has several optional accessories from Letus to further expand the cage including handles to be used like a fig rig. If you wanted to move into a Rod Rig, you can add standard Rods possibly for your follow focus, Matte box, and shoulder pad if you really wanted. 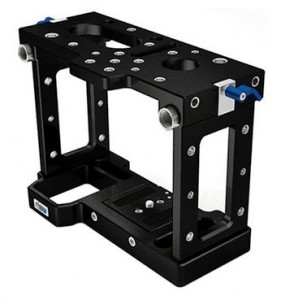 Just about an hour ago, Letus drops in some new videos showcasing their solution for a Quick release adapter for the Letus Hawk VF. This new solution should be shipping later this month. Letus has always been associated with some very serious gear - check out the video above, who knew these guys were 'not so serious' with a great sense of humor?

Ok back to the new gear, the video below shows off the Letus Hawk VF Quick Release solution. This thing rocks. I like this alot and it's going to make using the Hawk VF much more versatile for Hybrid shooters of video and photography. This is going to be standard issue from here on out with the Hawk View Finders and compatible with all previous Letus Hawk VF's. Check in with Letus, inquire about a possible Free Upgrade for LetusDirect.com customers and solutions for previous customers who purchased before this release. Mention this blog and maybe they'll throw in some of those cool stickers. LOL

Check out the newest Aluminum version in the video below too. Wicked cool.