It was a scorching hot day yesterday, but the bright sun helped bring in some light into this old unused factory. There was no electricity so the band rented a 5000 watt generator for the shoot. We had full run of the entire abandoned lot which was awesome. This place was huge with several buildings over 8 stories high and had so much texture of steel, brick, and concrete. Sitting right off the water, the place was just so large, we didn't get to see everything. The entire area is private, fenced off, with 24 hour security so we were able to just leave stuff everywhere. I'd love to get back there and shoot again if I could. Would be a perfect setting for a horror film, that's for sure. 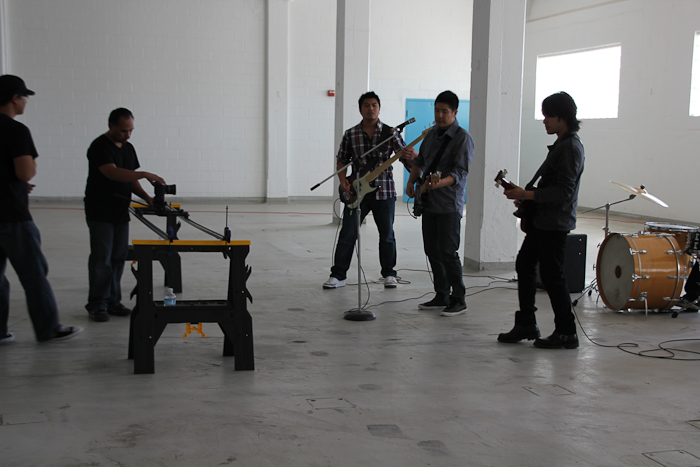 We started indoors with some really slow camera movements on the DIY track. It could have used another saw horse down the center for some additional stability, but worked fine for just slow movements. Going faster, it wanted to flex. We also did a bit of Crane shooting and later threw in some really close up hand held beauty shots of the band. 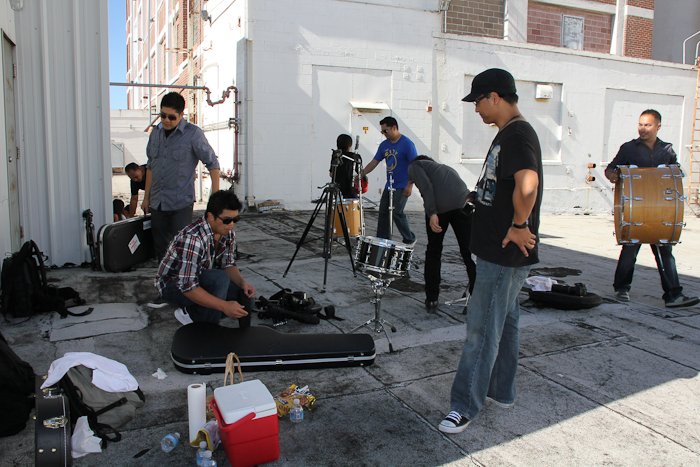 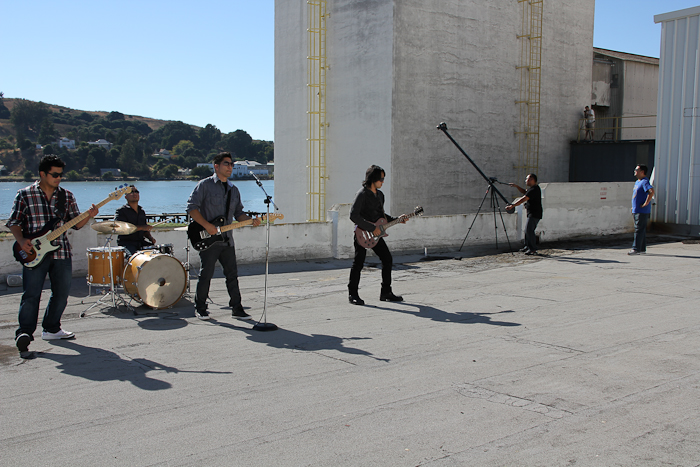 We moved up to the roof in the late afternoon, and to really show off the height we were at, slung a Canon 60D on a crane over the side of the building. A bit scary, but it should be a really cool looking swing from over the side of the building back onto the roof. Hopefully that went pretty smooth, but from what we can see on the LCD it came out great. 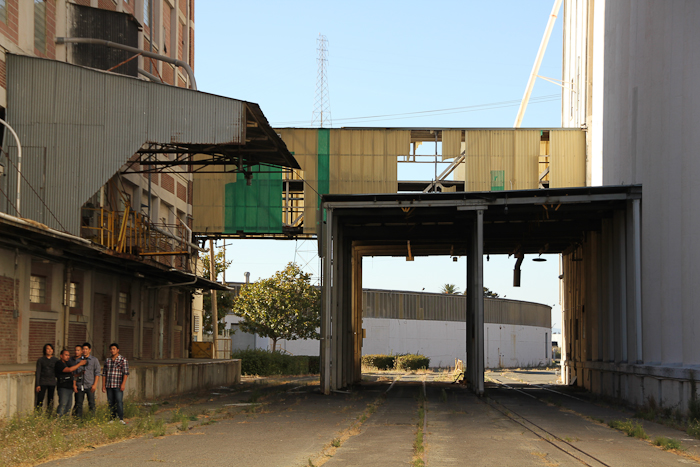 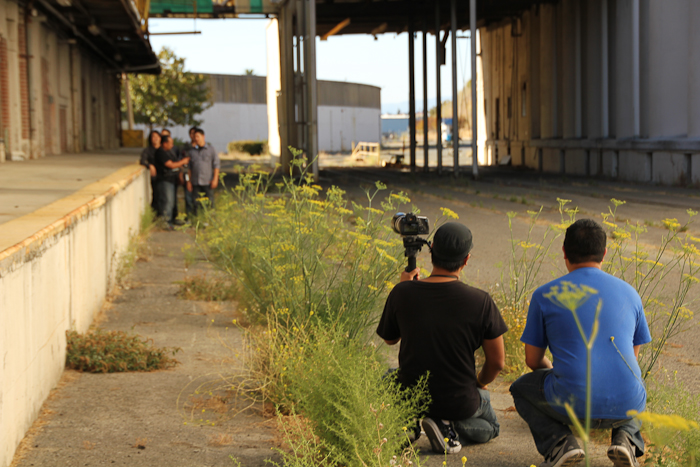 Next we went down to the outside grounds for a walking Steadicam Shot. The band followed the camera slowly while singing to the music. With the Canon 60D articulating LCD, I was able to walk forward and let the band frame themselves by looking into the LCD. They were able to monitor themselves and stay in frame, while I concentrated on not falling over or tripping on anything. 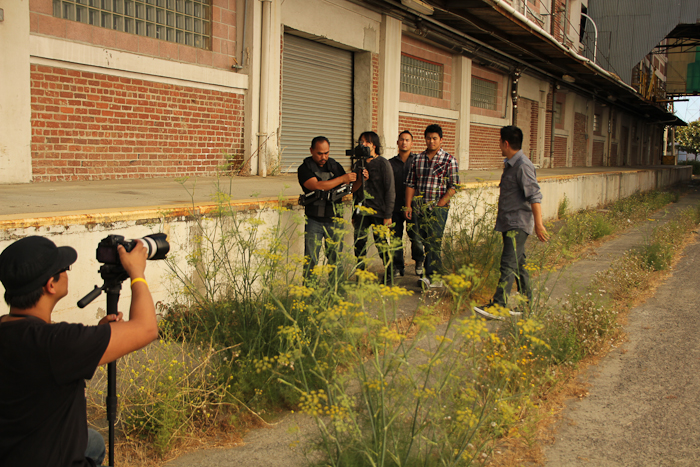 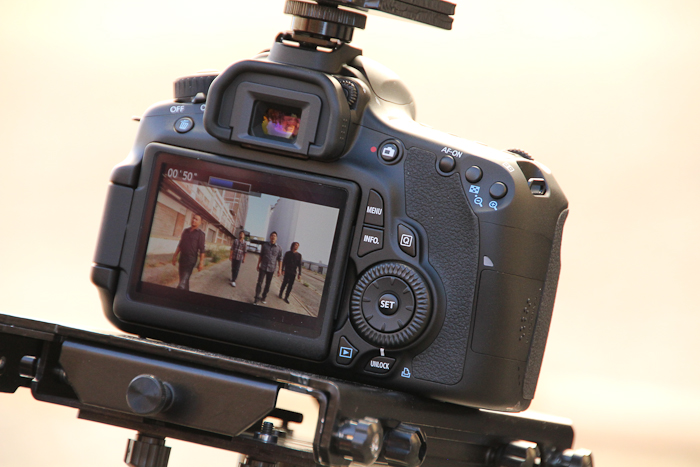 I'll get the video footage once the editor hands them back, and show some of the shots we did. The Steadicam looked really great with the Canon 10-22mm Lens I rented and had all this space to run around in. Flying through a wide open room with large glass windows and concrete pillars everywhere had a very cool flying effect. I have to admit that with the changes in light, using the white balance on the 60D was much more effective than trying to set it on the T2i (which was being used for some BTS video). The 3 Canon 60D's worked really well and meshes closer to the workings of the 7D than a T2i. Definitely a great camera to work with. Now that i'm done with this project, I may sell one of them, but tempted to keep them both!