I posted a short sample of some BTS footage with a Glidecam HD4000 Stabilizer about a week ago. The reference to this project can be found here: https://cheesycam.com/3-canon-60ds-music-video/. There were some weird movements and I even flipped the Glidecam upside down. (I don't recommend doing this, but I do it all the time). Some people were asking if the footage was actually usable. I'll leave that up to the editors to decide if a few seconds of this footage would be used, but here's some side by side samples.

On the left is the movement of the Glidecam HD4000 Stabilizer on a Steadicam Merlin Stabilizer Arm and Vest with a Canon EOS 60D flying. On the right is an uncut look at what this RAW footage will look like. Again, we'll just be looking at quick cuts and a few seconds here and there. We'll be mixing it up with other hand held, Crane shots, dolly / slider shots, as well as very static Tripod shots. From what I understand, this music video will be cut in with actual footage from a new movie being released soon. So the movie will be more of the narration and we'll just be highlighting the band periodically. BTW, this is not my usual flying setup and I just rented this lens. So without practicing on this setup, these are the results I got. 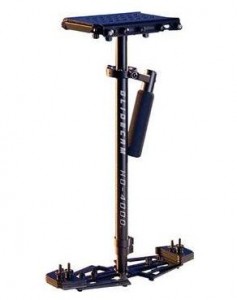 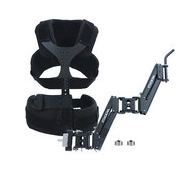 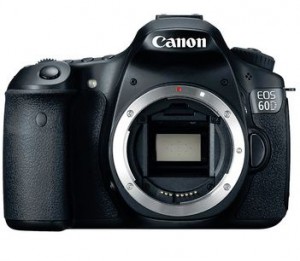