Sliders are great tools, but there are certain moves that can be limited when your camera is simply mounted over a ball head or video head. For instance a forward push or pull will often show the rails of your slider. Below is a screen grab from one of my attempts at a push which ended up showing the rails on the Cinevate Duzi V3 Slider 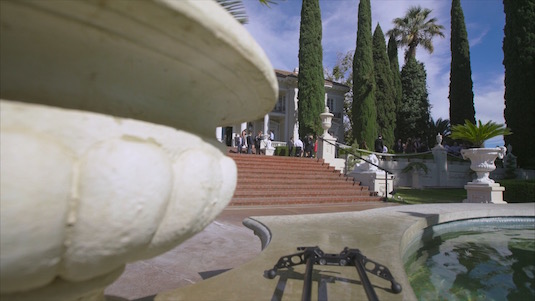 If I were able to position my camera slightly higher and forward past the tracks, I would have been able to accomplish this reveal shot. Instead I had to find a different option. Even something as simple as a side dolly directly over an object (i.e. slide over wedding rings) usually ends up just tilting down towards the object because there just isn't enough reach.

I've tried Magic Arms and other ways to reposition my cameras, but most are hardly sturdy ways of doing it. For these situations Cinevate has introduced the 'Grip Reacher'. A custom designed versatile camera positioning system that works on any video slider to allow for more creative camera movements.

Cinevate Grip Reacher Product Details
The Grip Reacher is an incredibly strong and versatile grip arm that enables you to mount and articulate your camera in countless configurations. Use the Grip Reacher on a slider to achieve ‘ground-scraping’ slides or pushes. 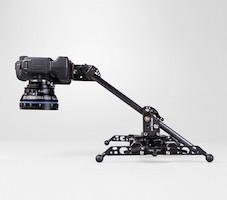 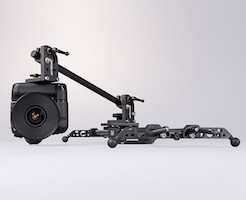 Looking to capture an overhead photo or video? The Grip Reacher is the affordable and lightweight solution. The toolless adjustments make changing positions effortless. The Grip Reacher works on any slider or tripod that offers a 3/8" mount. 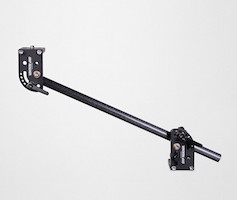 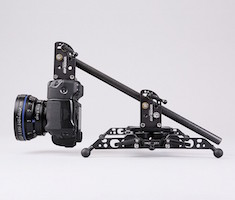 Crafted from solid aluminum and carbon fibre, the Grip Reacher is durable and strong, and weighs in at just 1.8 lbs. The Grip Reacher includes both a 3/4" and 1/4"-20 camera mount, and can handle loads up to 7 lbs. - See more at: https://www.cinevate.com/store2/grip-reacher.html#sthash.QCiQtyU2.dpuf

Cinevate has recently released their most compact and most affordable Duzi Video Camera Slider, and one of you lucky readers out will get your hands on it FREE!

For information about this new product, check out the details below. 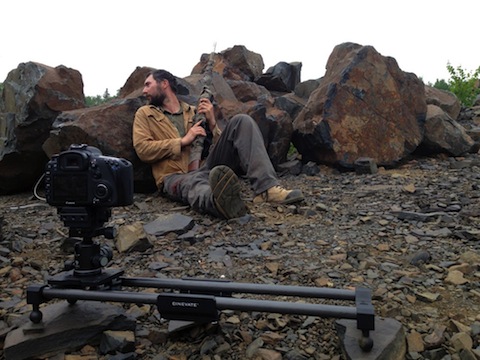 Product Description
It’s the lightest, most compact and affordable Cinevate slider ever. It's a Duzi!

Weighing in at just 4 lbs, measuring only 24 inches long, and with a price tag of just $375, the Duzi Camera Slider makes it easier and more affordable than ever, to run and gun with a lightweight and ultra-smooth camera slider.

Boasting a 50 lb weight capacity, Duzi is a workhorse. Whether you're shooting on a DSLR or a big ass camera, Duzi can handle it.

Drop it on the ground. Set it on a table. Center mount it on a tripod. Set up is that easy.

Whether you're a beginner or seasoned veteran, Duzi is an essential part of your filmmaking kit, and at just $375, Duzi can be added to your arsenal affordably. 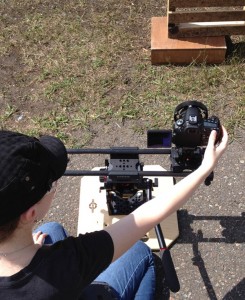 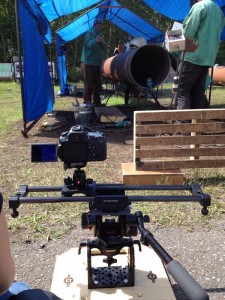 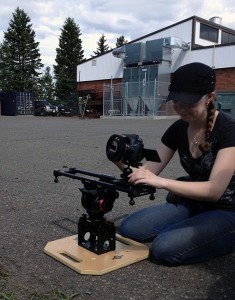 Cinevate teams up with DitoGear to offer the Cinevate Moco - motion control for Cinevate Sliders. The motorized add-on attaches to many of Cinevate's popular sliders and claims to handle movements that other sliders require separate motors to do. Repeatability with macro precision is maintained in any position - horizontally, angled, vertically, or inverted. The Cinevate Moco can further be expanded to support multi axis control from a tablet, or add on the DitoGear OmniHead for 3 axis 360x360 rotations. You can find additional information about Cinevate's Moco following the link (here). 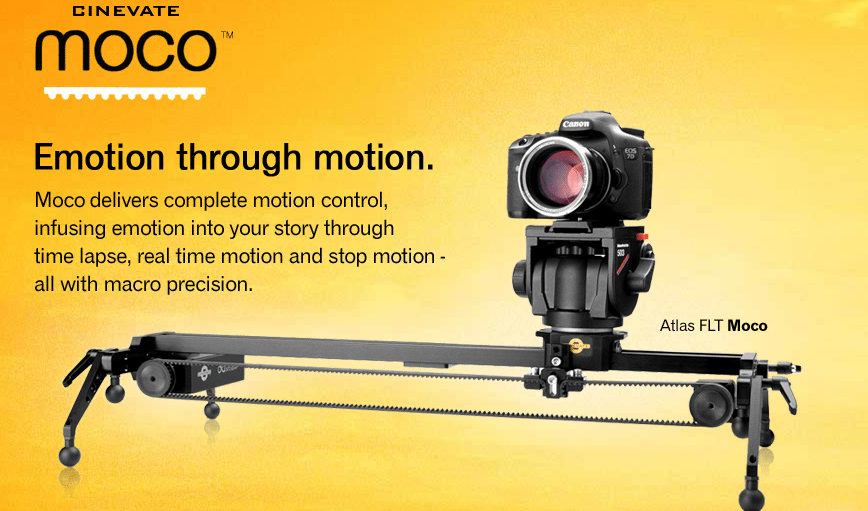 Cinevate shares a clever idea of adding wheels to their Simplis stabilizer rig allowing them to get more creative dolly / tracking shots. They've provided it with the name 'Trawly'. Very clever stuff guys! What do you guys think? 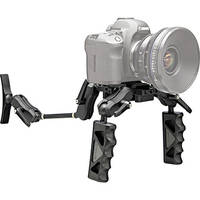 Rebates on Cinevate gear including Atlas Sliders, Pegasus, Simplis, Cyclops, Cinevate Rigs and more. All found through the banner below. 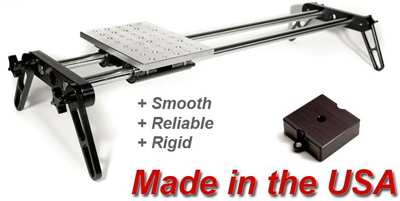 Look familiar? It's another camera slider in the DSLR marketplace offered by K2 Cinema. If you're not feeling the dual rod look, the company K2 Cinema does offer an Igus based slider for a cheaper price, if that's what turns you on. 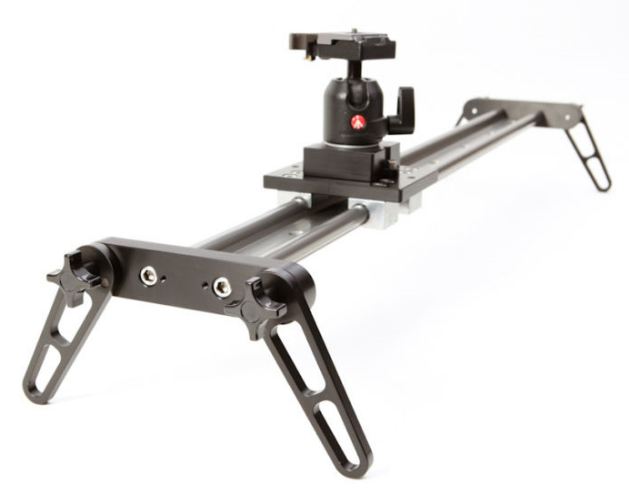 Now there's plenty of camera sliders right now and some only around $100 dollars, but this is only the second one that I know of using two Linear guide rods instead of a single flat track. This Linear guide rail looks similar to the Cinevate Atlas LTS Camera Slider, and while it may come in at about half the price, there's quite a few differences. The Cinevate Atlas is using 5/8" rods, which if i'm correct is close to approx. 16mm while the K2 Cinema slider is using 20mm rods. That's going to add quite a bit of unnecessary beef and weight to the overall unit if used simply for a DSLR. 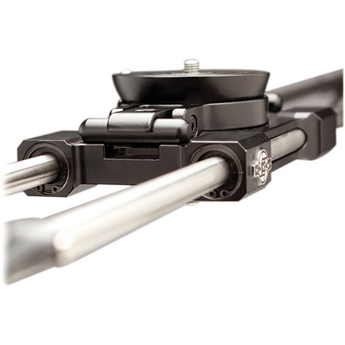 K2 Cinema doesn't have quite the professional polished finish as the Cinevate Atlas LTS. It's a pretty straight forward design with a carriage that sits above the linear guide rods. The Cinevate Atlas has a more flush carrier that sits just about in between their rods. They both come with positionable legs to use if you're without a stand, but the K2 Cinema Camera Slider lacks the nice comfy feet that could end up scratching surfaces like soft wood tables. Cinevate obviously thought about the usefulness of it's legs and has added some nice molded feet with some type of polymer plastic material i'm guessing. The Cinevate Atlas LTS appears to offer standard rail lengths from 35", 47", and 58" lengths while the available K2 Cinema sliders have options from 22" and 36". Since K2 Cinema seems to be a new starter in DSLR accessories, there's a good chance they can custom make rail lengths. Then again, Cinevate has always showed great customer service so it's possible custom rail lengths may be a possibility as well. 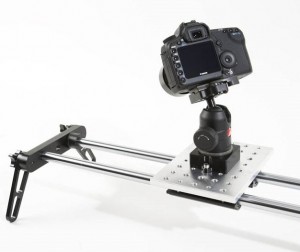 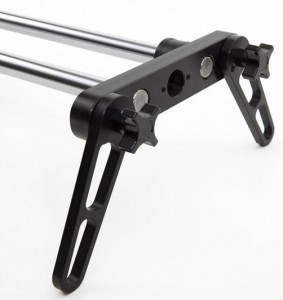 Now keep in mind that Cinevate is set to release a new Atlas 10 Linear Tracking System Camera slider that is estimated around $500 dollars. The new Atlas 10 will not be rockin' the wide open dual Linear rod look, which I hear works really well, but you might want to wait until you get the full review on the Cinevate Atlas 10 before diving in to a camera slider. 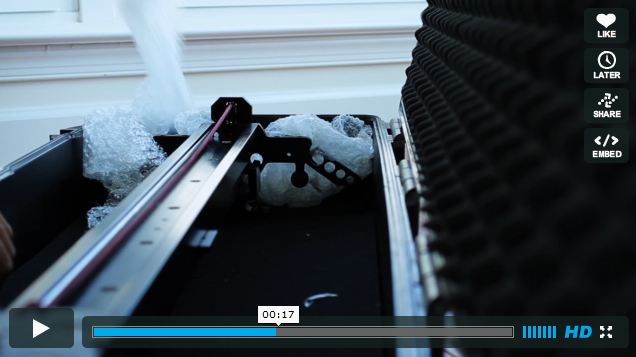 Just got done talking about Cinevate's innovation in the DSLR camera market with the recent announcement of the Cyclops system, and I was quickly reminded about a not yet available 'Atlas 10' camera slider. Cinevate hands down already makes some of the best darn 'camera sliders' a.k.a 'Linear tracking Systems', so what else can they truly be improving upon? We'll just have to wait and see what all the buzz is about on this new Cinevate Atlas 10, but one lucky gentleman got an early preview and threw up a sneak peek video unboxing. 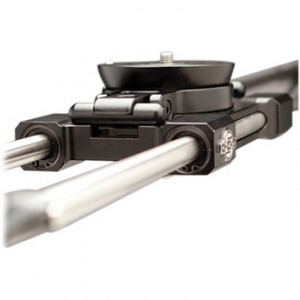 One of the more popular readily available sliders is the Cinevate Atlas 30 LTS. Using two linear rods instead of the usual single track proved to be one of the lightest and smoothest designs. The photos of the new Atlas 10 uses something completely different with the rails tucked away inside of a hollowed track. There are a ton of photos and a full write up with more descriptions and details about this mythological Cinevate Atlas 10 Camera slider from the links over at the video page here: https://vimeo.com/14074140.