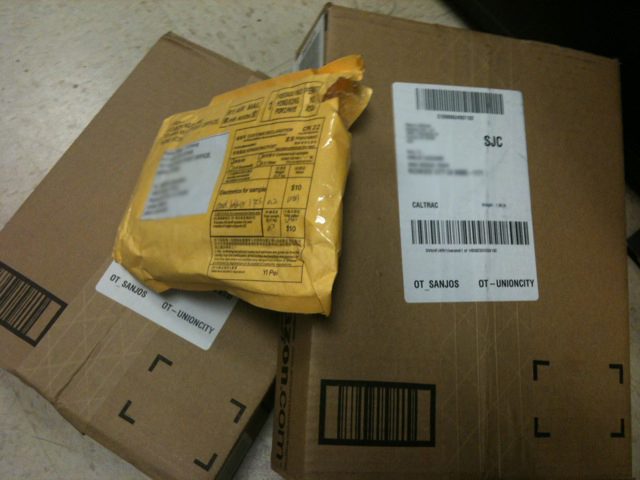 A few boxes came in this morning, but not the one i've been really waiting on. According to the tracking, the one package i'm excited about should be here later this afternoon (show you later). These boxes aren't of much interest. One is the XLR cable for my AT875 Short Shotgun Microphone for the JuicedLink DT454, the other package is 4 Mini Flexible Tripods for my Studio, the third is the Kodak Pulse Digital Picture frame. Wow, that was fast... 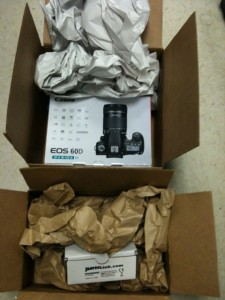 There it is, the 2nd Canon EOS 60D DSLR has arrived in time for the Sunday Music video shoot project. With my friend's, we'll have a total of three on set. Also another exciting item I get to use for a different project is of course the JuicedLink DT454 4-Channel DSLR Camera Microphone Preamplifier. You've heard me mention it quite a bit in the past few days, and I wasn't name dropping for nothing! I was just waiting for it...but I think you guys got the subtle clues. I'll hook it up and run a few tests, but in order to complete this audio setup, I'm still waiting on the Audio-Technica AT875 Short Condenser Shotgun Microphone to come in. ( Oh crap my wife reads this blog..doesn't know about this one yet...damn too late to hide it....). 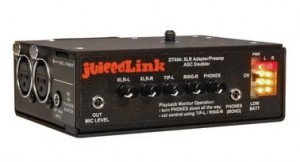 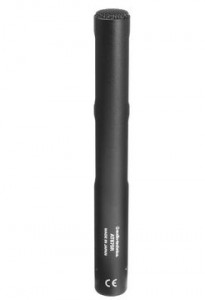 The AT875 is a Short Shotgun powered by 12v Phantom giving you a bit of extra run time on your batteries over a 24v Phantom powered mic. Suggested by JuicedLink.com as a decent cheap pair for the DT454. If you can't trust them, who can you trust? Reviews and samples coming soon....