A teleprompter may not be for everyone, but if you've got a set of important bullet points to cover, or a script that has to be hammered out by your talent, a simple teleprompter can be a huge time saver. Here's a look at the Listec PW-04 Portable Teleprompter that works with a simple smart phone.

Using a quality 'glass' beam splitter is important. Not just for optimal reflection of your scrolling text. Cheaper versions made with acrylic can soften your image and often require you to boost your ISO (increase noise) as it cuts out light entering the lens.

I own several large prompters today, but a pain to setup and travel with. I actually saw this Listec over at WPPI last year, and when I saw this Listec PW-04 on sale (-$120 dollars right now) I just had to grab one. This works seamlessly with the coverage I do using the GH3 camera + 12-35mm F/2.8 OIS lens.

If you want to use this with larger DSLR cameras like Canon, the 50mm F/1.4 also uses a 58mm thread, so it would work perfectly. The system packs up nicely, sets up quick, and can be used handheld or tripod mounted. Albeit small, it's very usable from a distance and allows your talent to look directly into the lens maintaining good solid eye contact with the audience viewing the final video.

For more info about the Listec Teleprompter PW-04 sale check it out at B&H (click here). 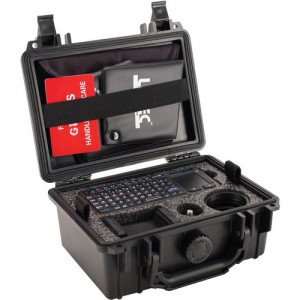 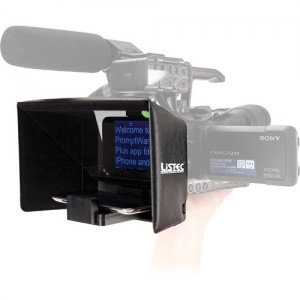 Vimeo's got a sweet little application for the iPhone and iPod Touch. Future versions will include the iPad and Android based systems. Check out the video above for a peek at the features, or download it free.

We’ve packed all the best parts of Vimeo into one app! Now you can upload, edit, manage and watch your videos right from your iPhone. Need some inspiration? Watch great videos based on your personal preferences or our curated channels.

Vimeo is the best way to get your videos online in the highest quality with great tools to share publicly or privately. There’s many reasons millions use Vimeo and Time Magazine voted us a Top 50 Website for the last two years running. 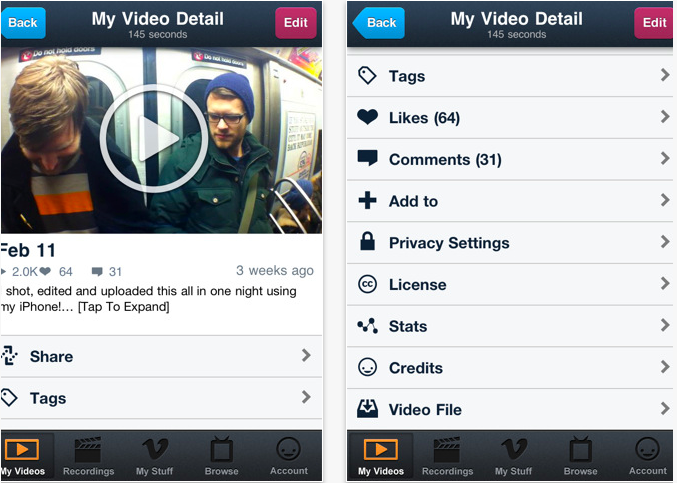 While you're there over on iTunes, check out the LightMeter Application for under a buck. Looks interesting.

Description
A light meter that is always in your pocket. It is indispensable for film photography with all manual camera. Measures reflected light, and allows reciprocity calculations. 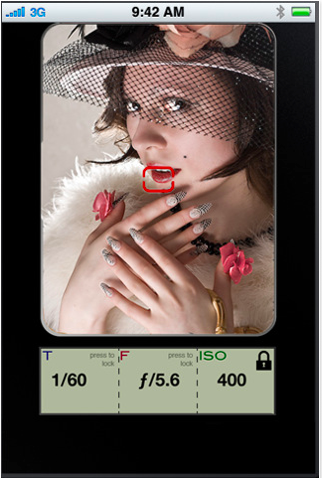 Not long ago I showed off a sweet little DIY Teleprompter that was shipped over to me from Tompter.com. As promised Tom himself put together this video tutorial on how to make your very own. It requires some cut acrylic, special reflective tint, blow torch, velcro, and nylon laundry bag for the hood/shade. If you're feeling that it's a bit over your head, you can always get one from Tompter through his store. Pretty sweet and very effective DIY Teleprompter.

Due to overwhelming popularity, Apple has pushed back international shipments of the iPad until at least late May, leaving eBay the only major outlet where international buyers can purchase this highly anticipated Apple product. During the first days of launch, some iPads sold for as much as $5,000 USD. Currently, it’s being reported the iPad is selling in some locations for double its comparable retail price in the US. If you're looking to purchase the iPad from out of the country, looks like your best bet is from eBay. Click here to find the iPad for sale.

Well the iPad came in on Saturday, but I was too busy to play around with it. You do have to go through an iTunes session with your computer before you can even get it going.

So what's the iPad mean for me? Well I haven't figured out what else to do with it, but the main reason for jumping in so soon was the ability to display photos and videos. Mainly as a Photographer or Videographer on the hustle, in my opinion this is a definite alternative to showcase your portfolio. Younger clients are used to viewing photos and videos on the internet, so this little gadget is a sure fire way to get yourself some extra sit in time.

I tried carrying it with me today while I grabbed a sandwich over at ToGos, and it was the most akward thing. I didn't receive the leather case yet (Apple ships that seperately), so it wasn't something you want to just throw onto the counter. It's very slippery so sweaty hands is going to be apparent on the screen. It was difficult for me to accept my sandwich and sign a credit card receipt while holding the iPad. So fellas, if you plan on using something like this, it's not something you can throw in your back pocket. Sure a case will help you to lay it down on some down and dirty surfaces, but expect to start carrying a Murse (Man Purse). I'm not too fond of it as something I would carry around with me, at best it would sit in the car until needed. The iPhone still rocks (AT&T service sucks though).

Don't believe the hype on how many iPads were sold just over the weekend. Similar to Tickle Me Elmo or Cabbage Patch dolls, they got picked up by iPad Scalpers with inflated prices. One of the ways they can capitalize on this, is to ship overseas or internationally where the iPad hasn't been released yet. So for the company that's responsible for tallying up reports on sales, who's tallying up the amount of iPads that just ended back up for sale on eBay and Craigslist for inflated prices? Technically they aren't really being sold to be used right now. We'll see how that playing field levels out. As for now it looks like you can still order them and inventory is still good at regular prices.

If you're wondering how I go places with the iPad, i'm rocking the Verizon MiFi device. It's basically a mobile broadband router that you can share with other Wireless devices.

Wow i'm so excited! You know I jumped on the pre-order as soon as they announced it so I can use it for.....Umm...Err...Uhhh....Well, you know because compared to the iPhone I already have it does.......Umm..Err....Uhh..., well I guess I could always use it for....hmm....uhh....Crap! What the heck did I order this thing for? Damn you Steve Jobs!! Damn you!!! You've charmed your ways into my wallet once again!! Well, I'll throw up a video of 'unboxing' as soon as I get it...then throw it back on eBay or something. Who knows...

The email just came out this morning for pre-orders on the Apple iPad. I got my order in from the online store confirming arrival on April 3rd to the office. Great, I just bought the 64GB version for only $699.00, so what's up with these dumb eBay auctions? C'mon people, do you not know that you can just go directly to the website and place your order today? You can even make a reservation to pick it up in the store on April 3rd (so long as you get there before 3pm).

What's up with this eBay Auction??