Like many, I was using Manfrotto Video Monopods such as the 561BHDV, but later started working with the Sirui P-204S for the option of the sturdy 'locking base'. But recently Manfrotto has started offering the new XPRO Fluid Panning Base that includes a Vertical Locking feature. 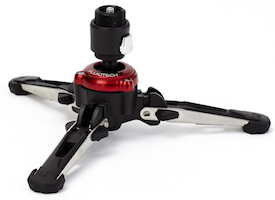 The XPRO Video Monopods come in a few different flavors depending if you want Aluminum, Carbon Fiber, 4-Section, or a 5-Section and kits are available with or without a Video Head. These systems are fairly new and many websites haven't fully listed all the available options. The kit i've chosen is the MVMXPRO500US which is already available for purchase (found here). 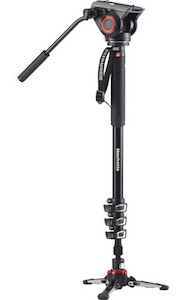 are at the top of my list, and how it offers more than other Top Brands.

[NOTE:] Because we have readers from around the world, we often provide various links to products. For USA buyers purchasing a SIRUI Product from an Authorized USA Retailer qualifies the product for a 6 YEAR WARRANTY. USA buyers purchasing overseas products will not qualify for the 6 Year USA Warranty.

The moment you pick up a Sirui Video Monopod you'll notice the build quality. Every moving part is precision made and the feature set is well thought out. The monopod can be detached from the feet for more compact travel, yet you can still use the Monopod without the feet, and you can use the Feet without the Monopod (as a small Tripod | Hi Hat).

A locking base prevents the Sirui Video Monopod from swiveling and panning, and a variable drag adjustment at the base allows fine tuning to the operator. Panning can be achieved from the fluid column, or you can lock down the panning feature. Check out the variety of Sirui Video Monopods 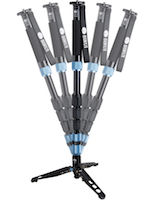 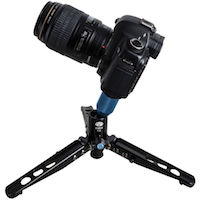 Other Products Mentioned in this Article 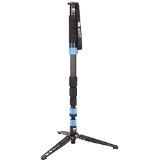 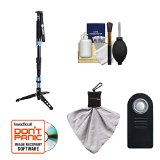 Ok, now that the BMPCC is out of the way, it's time to move on to our regular scheduled programming. To start out this week, Benro is sponsoring this brand new Benro A48TBS4 Classic Aluminum Monopod with S4 Video Head Giveaway.

Product Overview:
The Benro 438T Classic Aluminum Monopod with S4 Head combine to offer photographers and videographers near-tripod stability with the benefits of flexibility and superior mobility. This machined aluminum support reaches a height of 73.2" and closes down to 27.6". Twist lock legs make operation secure and easy in any weather as does the foam grip and wrist strap. The system's most striking feature is the folding 3 feet at the bottom of the first section; they're indispensible in slippery conditions or with longer lenses. The base of the feet allows tilting for accurate leveling.
The Benro S4 Head features a large interchangeable pan bar handle that makes smooth 360° panning easy and allows a tilting range of + 90 / -75 degrees. Locking drag control allows you to match the head's tension to the weight of your camera. The head comes with a sliding quick release plate with both 1/4"-20 and 3/8"-16 camera screws as well as a video pin. The integrated bubble level aids in setting up level horizons.
That's right, one of you lucky readers can register to win this popular video monopod. For more information about this product giveaway, register at the webpage.

I'm packing up for a short trip this week and planning to shoot video with a couple of small GH3 cameras, so I thought I would just share this little tip. I'm a fan of video monopods with folding feet, but this week I want to pack light and the $300 dollar Manfrotto 561BHDV is just too big to fit in a standard carry on size case.

which is very easy to disassemble into two pieces. The entire video monopod is super lightweight and is perfect for the small setup i'm going to be using. These types of monopods are highly recommended for anyone shooting with small video cameras. The Benro Video Monopods are sold through various retailers, but over on eBay you can find them for under $135 dollars (with fluid head). 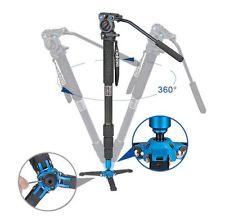 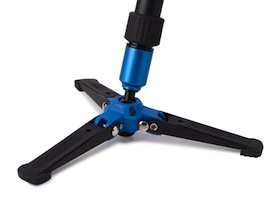 . The tripod-like foot is a huge advantage when it comes to stability during video capture. Now Benro is opening up new options with a few video monopods that are designed specifically for video shooters (as seen below). The stable foot design is similar to the popular 561BHDV

, but not quite exactly the same. The video below explains some of those differences between the video head and tripod foot.

The 561BHDV is a much heavier and longer unit and offers a fluid cartridge at the base. You can opt in for a head on the 561BHDV, but the head that is included does not have a pan feature (left/right) to be used as a normal video head. The new Benro systems on the other hand are being bundled with a variety of different monopods in aluminum and carbon fiber and your choice of S2 or S4 video head. The Benro S2 or S4 are not the most professional, but they are actual functioning video heads with a full panning feature to be used with any video tripod (or with any Video Slider or camera Crane).

Quality wise, the 561BHDV feels like the heavier more robust unit, but the new Benro video monopods are a good alternative with it's lightweight carbon fiber option and collapses down a bit shorter than the Manfrotto. Even at the shorter minimum collapsed length, my 4 section carbon fiber Benro can telescope to the same height as the Manfrotto up to 6.5' feet.

[UPDATE]: I've seen these Benro Monopods online for several weeks and finally decided to purchase them from overseas for my trip to WPPI. Turns out when these Benro Monopods finally hit the US distribution, they may only be available in Aluminum (no carbon fiber) and will be offered with both 'flip lock' and 'twist lock' styles. The base foot is said to also include a fluid panning base (similar to the Manfrotto).[UPDATE]:

I had purchased my set of Benro Video Monopods with ball socket tripod foot via eBay (Click Here). 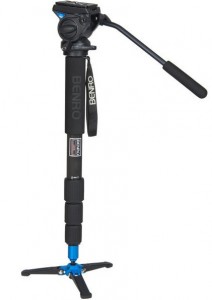 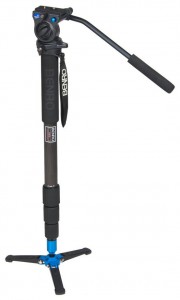 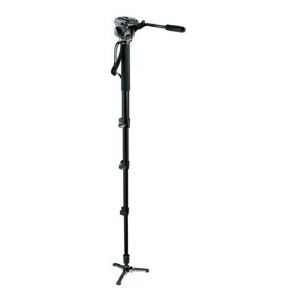