After Benson caught my test on the IndieHardware stabilizer parking lot demo, he decided to dive in and give the IndieHardware Stabilizer with a Canon HV20 combination a try. I would have to say that his footage is slightly more interesting than mine if you're into tens of thousands of women in tiny bikini's waving at the camera. Other than that, I think my test and his are a close match. LOL.

One thing that I was completely confused about, was that I didn't see more than one DSLR camera carrying person in this video. WT? That's like twilight zone type weird for any event. Or maybe my eyes were just forced elsewhere in the video, I just missed it. If you're still undecided on a stabilizer or are looking into the IndieHardware Video Stabilizer, check out the footage above. To me it looks like it could be just slightly off weight, but a really good first test for sooooo much walking in the heat. Thanks Benson. 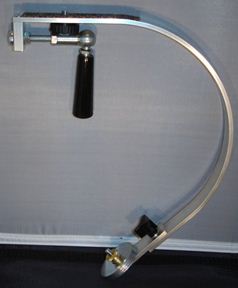 10 thoughts on “IndieHardware at Huntington Beach”