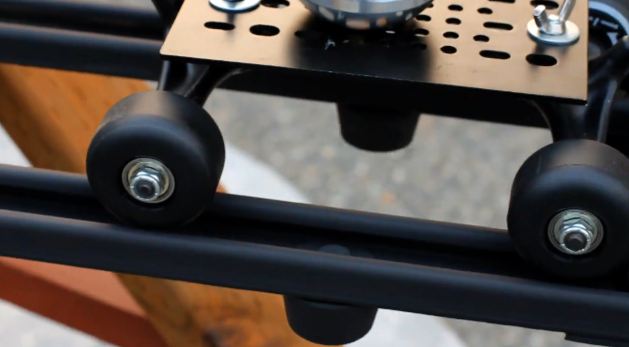 Jarrod over at Just Basl Productions introduced his version of the DIY Spidertrax dolly not long ago, and already he's following up with another DIY tip. Using the same Strut channels as the Popular Cheesycam DIY DSLR Cage / Fig Rig, he's designed his DIY version SpiderTrax Dolly wheels to roll along the rail. He does a good informative video explaining how he put it all together. Not sure if he mentioned the price, but a single 10' strut channel might run you about $15.00 dollars. Cutting the strut in half would suffice for the length of track you'll need. Check out the DIY Spidertrax dolly on Rails video here. Thanks Jarrod, another fine cost saving DIY on a tool that's versatile, looks professional, and best of all dirt cheap.