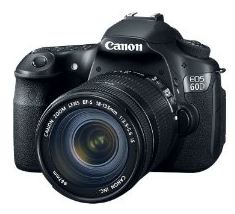 Damn, i've been catching Twitter pics and news clips about the Canon 60D in stock and shipping all day today. It's still a very rare find, but I managed to check out a few of my 'secret fishing holes' and it should drop in on Tuesday. Yeah, I tried to get it in earlier, but Jewish holiday they say.

Check out an early review @ https://nicolesyblog.com/2010/09/16/hands-on-with-the-canon-60d-first-impressions/ who shows off some of the in-camera filters. I think the 'Toy Camera' filter looked pretty good, and would be tons of fun in a Timelapse project. Curious if they stuck with the same Intervalometer as the T2i.

So i'm excited to see how this thing sizes up against it's 'older' siblings. I have another big event out of state that i'll be dragging this thing to, so I stocked up on the 32GB Transcend SDHC Class 10 Cards which is a deal right now.

I also noticed that the Zoom H1 and Tascam DR-08 only come with 2GB microSD cards. At the highest bitrate, i'm getting short of one hour total record time. If this this is going to be useful in a Catholic ceremony it's gotta run at least half a day! I managed to find some Sandisk 8GB microSD Cards

for fairly cheap. With 8GB at the highest 96/24 I should be able to get close to 4 hours of total record time.