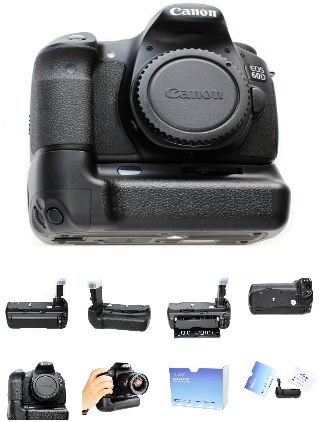 Thanks to Chris S. for his swift notification on a recently released and much anticipated item. It appears that the first BG-E9 Canon 60D Aftermarket Battery Grips are rolling out the door and coming in at about a quarter price of OEM. Looks like the pretty standard design compared to the other aftermarket grips, which I have on all my cameras (except one 60D). I wouldn't be surprised if it was all being made out of the same factory. Some auctions include a few un-decoded batteries, which I suggest you skip out on. You're still better off trying out the ones I received that show the battery meter, can be charged with the OEM charger, and even carry the Canon stamp found here: http://cheesycam.com/canon-lp-e6-oem-for-cheap/ 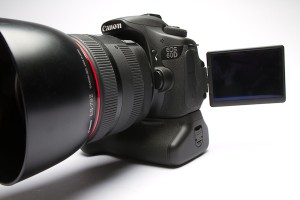 Chris has his on order, and hopefully he'll throw up a nice review on it. I'll probably be doing my own review as well. I have two Canon 60D's and one already has the the expensive OEM BG-E9. With a second grip-less Canon 60D on hand, I guess that would make me the perfect candidate to do a side by side review OEM vs. Aftermarket. Yup - already on order. I'll be doing a side by side comparison with close up detail photos of each, but knowing how overseas shipping goes, it won't be until next year (that sounds so far..).

[Update] A few people have mentioned they received emails from the seller that items can't be shipped due to damage. Might be something going on, and everyone should hold off.