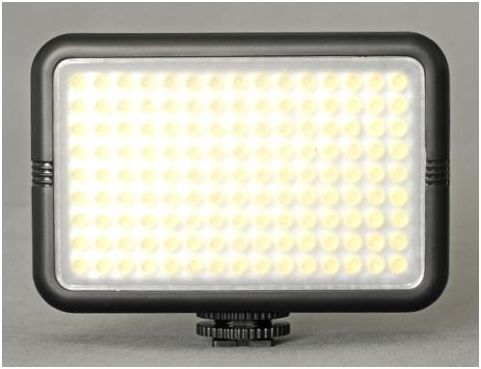 Ok, so a long time ago I posted something called the CN-126 LED video light which became a huge hit with DSLR videographers on a budget. That's still a very popular LED light in use today, but even though it's a reliable performer, the form factor and build quality is nothing to write home about. Next big thing on the blog was the Z96 LED Video light. Still a top performer with better build quality than the 126, but she's since turned Diva and only caters to high price buyers. Inflation, greed, and demand from a growing audience of needy DSLR shooters has consumed her. So what's next? We've been waiting for quite some time for a new player, and I think we might be seeing it today.

Yongnuo is a company well known amongst Photographers, and runs a fairly tight ship of products. Not much going on for the Video accessories. Yongnuo is not one of those over seas companies that just rebrands products. They are best known for their own unique innovation, with less than 10 products showcased on their website. Quality of products are always raved about (especially for their prices), in fact Yongnuo flashes are often considered the next best option compared to Canon OEM Speedlites. You'll find a few articles around Yongnuo on this blog, and I own plenty of Yonguo products. 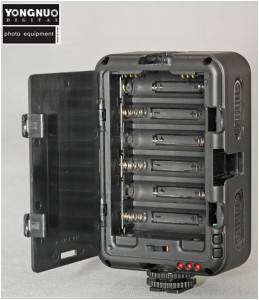 Well i'm excited to see that Yongnuo has released an LED Video Light with all the features I crave. 135 LEDs, Dimmable, AA Battery Compatible, claiming 5500K color temp, stackable to create larger light panels, and get this - support or NB3-L Lithium Rechargeable Batteries

. Say what? If i'm not mistaken, that's Canon's battery. With a special adapter placed in the AA compartment (included), you can throw in two NB3-L batteries and charge the light via it's own USB interface. Aftermarket NB3-L Canon Batteries

can be had for about $3 dollars each these days. The Yongnuo light does not appear to come with a Tungsten colored filter, but I wouldn't call it a deal breaker. The other LED light filters really weren't spot on to begin with. Every kit does come with a hotshot mount, flat flash bracket, and little baggy. 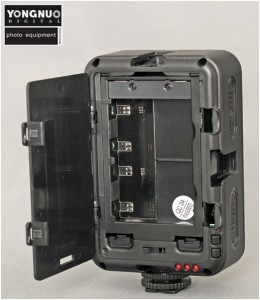 So is this new LED Video light going to be a big deal? Well I just rolled my Magic Eight ball and the message returned with 'All signs point to Yes'. I think it will be a hit for a few reasons. First, it's Yongnuo. I'm thinking the quality is going to be pretty good if they build it like their other products. Second, it's got 135 LED's which is more than the Z96 or the CN126 and still has all the dimmable, stackable, with AA battery compatible features that make the other lights popular. Third, it's cheaper than the Z96 (right now that is). The popularity of the Z96 and the inflated prices have people turning to other light sources with few options. This may be that new one to think about, and hopefully i'll have my hands on one soon to see what the quality is really like. 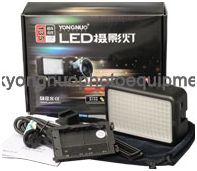 31 thoughts on “The Next Big Thing? Yongnuo’s LED Video Light”