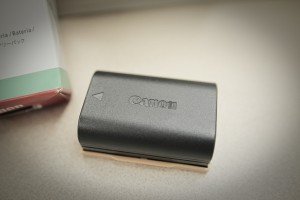 I've confused myself on this one. Almost 2 years ago, I purchased a whole bunch of LP-E6 aftermarket batteries that did not display the battery meter on the cameras. I still use them today, but since I was looking to add more batteries to the collection, I was searching for the newer ones that are 'chipped' to communicate to the camera and display the proper battery meter for the Canon 5D Mark II, 7D, and 60D cameras. As of now the ones that people are buying are these Maxtek LP-E6 Aftermarket Batteries

They are indeed much cheaper than the OEM Canon ones, even with the bit of shipping padded to the cost too. 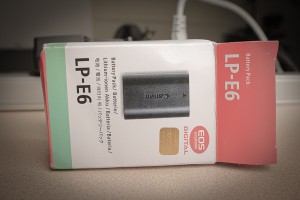 I took a chance on an eBay auction that looked to be a knock off battery, and I was confused to see an OEM package and OEM labeling. This battery looks good and looks OEM, but incredibly inexpensive with Free Shipping. In fact after Amazon shipping on the Maxtek battery, this eBay battery I received is almost $10 dollars cheaper. I'm not sure if it's Canon legit or not, but the battery looks exactly like OEM, charges with my OEM, and reads the battery information properly in all the cameras. I've taken a bunch of snaps to show you the comparison between my OEM batteries and the one I just received. The one to the right is the cheap battery I just received. 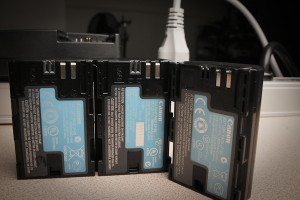 I'm seriously thinking this is the real deal and at such a great steal of a price too. Here's the link: Canon OEM? LP-E6 battery for Canon Canon 60D, Canon 7D, & 5D Mark II.