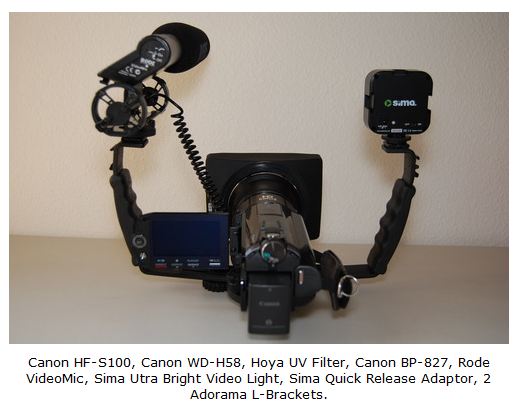 Customer image submitted to Amazon.com shows the use of two Adorama 'L' brackets spaced out to create a 'fig rig' style stabilizer. This simple solution would definitely work much like a common fig rig, while still allowing cold shoe attachments on each side for your LED lighting and Shotgun Microphone (as the above image displays).

Doesn't really show how the camera is mounted in between these two brackets, but a short piece of AL flat bar is all that i'm thinking this setup would need. The Aluminum flat bar can also be cut to widen the space between the handles for more stability, but going too wide might throw off the axis of your LED light and shotgun mic. The brackets used in the image above are the Adorama L Brackets, but there's also other notable L flash brackets available from other manufacturers.