These days when i'm asked to suggest a good Video Fluid Head to support small camera setups, my go to advice has been to suggest the Manfrotto MVH500AH (seen here). It's a great entry level head, but I mainly suggest this because it supports the 501PL style plate (heavily used in the industry), and also because it uses a 'Drop in' style quick release system. I prefer this over the type where you have to slide your QR plate into the head.

allowing me to save a lot of money when I need to buy new plates.

I've always found Libec to offer high quality equipment, but because many people depend on 501PL plates, they may not have been a popular choice. Some Sachtler and Benro Tripods use the 501PL plate system, which may have been a reason they were easier for many people to adopt. I probably would have used Benro more, but I chose to stick with the Manfrotto MVH500AH specifically because of the Drop-in style plate.

For these specific reasons, i'm excited about the new Libec TH-X Head. They have finally implemented the use of 501PL compatible plates along with the Drop-in Style Quick Release System. The TH-X Video Head is a great option for entry level shooters and cameras around 8-9 lbs as it is designed with a fixed drag on Pan and Tilt, and a fixed counterbalance.

I've been working the MVH500AH Video head for quite a long time, but only until I've been working with the Libec TH-X did I realize how much I prefer the quick release latch to be located on the left side. You'll typically use your right hand to pick up any camera (because every camera has a right hand grip), and so it makes perfect sense to release a latch with your left hand. On the Manfrotto it takes me a few extra hand swaps to release my camera.

The new Libec TH-X Head is also a Dual Function Head as it can be used on a 65mm Bowl Mount Tripod or any standard flat base with it's 3/8" threaded mount. For Manfrotto these are offered with two different heads - the MVH500AH for a flat base or the MVH500A for a bowl mount. The TH-X is versatile in this manner as you can level your camera on a tripod very quickly using the bowl mount, and then throw it onto any Video Slider, Table Dolly, or Jib without requiring any adapters.

Right now the Libec TH-X Head is offered as a complete Tripod System (here), yet is more affordable when compared with the similar Manfrotto MVK500AM Tripod System (found here). There is definitely a like to like with Libec's latest tripod system, and the fact is there is not many options for video heads that offer a 'Drop-In' style quick release system. The TH-X Head is easily one that I will suggest to others looking for that drop-in plate system, and something I will be using as part of my daily gear.

I received this motorized Pan/Tilt video head a short while back, but we finally just got around to mounting up this Senna Five Second Head up to one of our Video Cranes. Any time you can combine a motorized Pan / Tilt head to a video crane, you're going to come up with some interesting camera movements.

The name of the product comes from how quick it is to mount to your Video Jib (after you've balanced your camera). Wireless operation of the Five Second Head is an optional feature, so you don't require the communication cable. Operation is smooth, and there are many settings available to adjust your pan and tilt speeds. The ability to program up to six memory points to repeat scene and speed comes in handy to pull off consistent movements. Here's a short video we did showing some of the features along with example footage shot using the Senna Five Second Head.

For more information about Senna products, you can check out their website at https://www.Senna.hr. 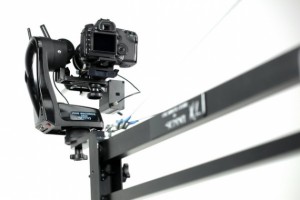 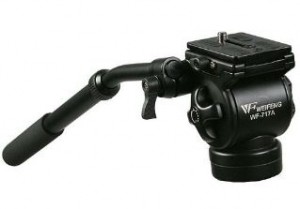 When it comes to throwing a spare fluid head onto your DIY slider, Spidertrax Dolly, or other DIY tools, there's nothing with the quality and price as the 717AH Video Fluid Head

. When I first found this cheap video fluid head it worked perfectly for my little projects. You can find my little over view video here: https://cheesycam.com/hidden-treasure-awesome-video-fluid-head-717ah/

Within just 4 hours of my post the entire inventory was sold out, and has been for months. Other vendors of this head were charging quite the premium, and at that cost you've got alot of other options for Video Fluid heads. So if you're looking for a decent sub $80 dollar fluid head to throw onto some of your DIY projects, check out the 717AH Video Fluid Head

which I anticipate will be again out of stock within hours of this post.