. I've compared the deals to other big box retailers and though Compact Flash and SDXC media are also on sale, the most significant discounts are mainly on the SDHC media.

I'm actually using mostly Transcend media in ALL my cameras, and the 32GB SDHC Class 10 can handle video mode in the Canon 5D Mark III with ease, and it's on sale today for just $16.99 right now (click here). 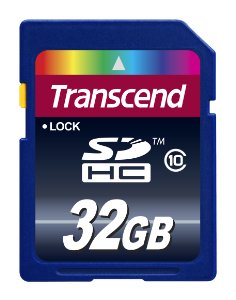 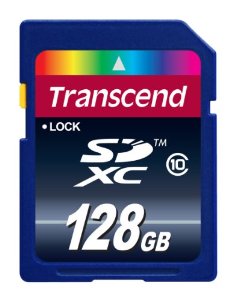 If you aren't familiar with SDXC, it's going to quickly replace SDHC in higher end cameras (maybe even small consumer cams). It will definitely be a competing media with big ENG cameras that hopefully even Sony will adopt (Give up the Memory stick already...) It's all based on the SD format, but with a new exFAT file system that doesn't suffer from the same 4GB limitation as FAT32 (in SDHC cards). The "XC" is also being coined as "Extended Capacity" or otherwise known as (FAT64). Companies like Panasonic, Kingston, Transcend, and Lexar have released new SDXC cards in the last few months. Lexar wasn't the first one out the gate with SDXC cards, but they will be one of the first to release a whopping 128GB SDXC card this month (or next).

I'll be honest. When I hear the name Lexar, the words 'pricey' and 'expensive' come to mind, but also 'robust' and 'professional'. Doesn't seem like 'pricey' and 'expensive' will be associated with Lexar's new SDXC media cards. In fact sorting by price over at B&H, they stand as one of the lowest prices against the current competitors. Maybe I can finally own something 'Lexar'?

So what does this mean for DSLR shooters? Well the Canon T2i, 60D, T3i, and other recent cameras that use SDHC will be compatible with SDXC cards. Some might work right off the bat, and some might just require a slight firmware upgrade. This doesn't mean that you'd be able to take advantage of the full potential with SDXC write speeds (not yet available). Will you still have a time limit per video clip? Most likely, YES. You will still have a time limit. The limit is placed in these cameras to prevent them from overheating. So what's the benefit? Current camera designs are always held back by Video Codecs and Storage Media. Affordable SDXC cards should speed up camera designs that could now be designed around the speeds and limitations of the media. With the new SDXC media hopefully we'll start seeing cameras that can shoot higher bitrates (RAW), longer video clips, and of course a new media with more capable storage for cheaper prices. [Thanks Julio]

Lexar and other SDXC Media Cards via BHPhotoVideo.com