Not sure how many of you are following the 'Human Planet' television series, but it's something to look into. It's already pretty amazing what types of environments these film makers have to endure, but then at the end of the segment they always show some type of BTS of how they pulled off some of their camera movements. In one episode they showed how they setup a CableCam system to follow a man crossing over a turbulent river.

So now i'm interested in seeing if I can pull one DIY version off with a GH2 or at least a tiny version for a GoPro (you know just in case I run into a situation where i'm shooting over a turbulent river too). If you've got ideas for the best way to go about this, i'd like to see what you come up with. Here's a few interesting videos below on some motorized remote systems with pan heads.

Here's one below from Vimeo Member Photoship One, same guys who offer Helicopter mounted camera systems. Heck, if their version can support a GH2, I think it would do well in the market. On another note, with a motorized CableCam, has anyone attempted a motion control CableCam for super long TimeLapse? 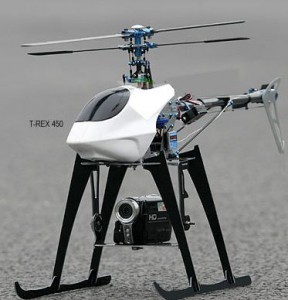 Here's an interesting camera mount for the RC Helicopter hobbyist. This is being sold for the 'Camera Stand' only, but was designed to adapt to different small 450-500 sized helicopters. Images show cameras as small as the GoPro HD Hero up to small HD Camcorders. There's also a tilt mechanism shown in the listing, but i'm not sure how that ties in to the controls. Here's the link to the Camera Mount Stand: Camera Mount Stand for 450-500 Sized Helicopters 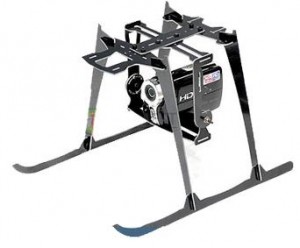 I'm not at all experienced in RC Helicopters, but there are some over seas 450 sized helicopters ready to fly running for around $200 bucks that might be able to complete a fun GoPro flying rig. I've never flown an RC Heli, but I can imagine the damage it can cause to ones camera. For myself, I might be willing to practice on something as robust like a GoPro (those things have fallen from space and survived), but not sure if i'd ever have the huevos to fly a full Canon DSLR on a RC Helicopter. Fly at your own risk... Here's the link to the cheap 450 Sized Helicopters: RC Helicopter 450 Kit ready to Fly - Just needs Batteries 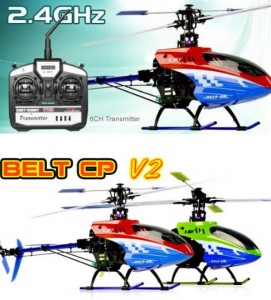