First unboxing review from YouTube member DioxCorp on the latest Aputure 160 LED video light . These new LED lights are available in 126, 160, and 198 sizes. In this video the 160 looks pretty big, so imagine the size of the 198 version. Sorry I can't translate this video, but i'll save you some time. Skip on down to about 6:50, that's where the test begins. At first it's set to minimum light output, but shortly after the light is set on full power. At full power it seems to cover the entire room with little vignetting on the wide lens. The only thing that skews the test is that the camera seems to be on Auto Exposure. You'll find these LED lights starting at around $40 dollars.

Aputure is a company that's been around the block, best known for it's variety of wireless products. From wireless camera shutter remotes

, and of course the most popular of the bunch is the Wireless GigTube DSLR Live View monitors with remote shutter release (as below). 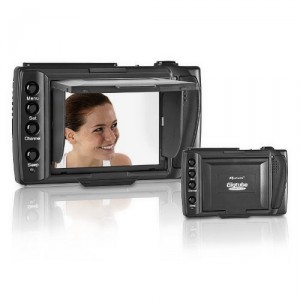 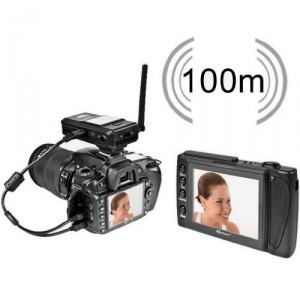 Now they are stepping into LED Video lights with the Amaran (make sure you say hello to Litepanels and their recent filings). Models include popular counts like 126 LEDs, 160 LEDs, and 198 LEDs. All versions seem to share the same features accepting Sony battery types or 6x AA batteries. Battery indicator, dimmable, comes with a snap on Diffusion filter and snap on Tungsten filter. Hopefully it's as well put together as their other products like the new Magic Rig they are offering (here). No other reviews online at this time.

(larger brother of the popular 126) is now old news. You'll find many of the pricing on the 160's coming down fairly cheap, but that could be due to a slightly better version that is now out with 170 LEDs.

I'm not sure if the overall unit has a better build, but it appears to be from the same manufacturer, and the new 170 LED video light will also come with the much better adjustable metal ball mount (not the plastic crappy version). Many shooters picked up a minus green filter to further correct a slightly green cast on these CN lights, and it appears the new 170 version also comes standard with a pink (minus green) filter now.

Half of you may have already seen Vimeo member Frank Glencairn's cheap LED Shootout video (Above), but for those who are still asking questions, this might be a good jumping off point. Frank runs through the CN-126 LED, Z96, and Yongnuo's 135 & 160 LED light. As a baseline for a good lighting example he throws in the LitePanels Micro into the bunch, but this is far from a cheap LED Video light.

Obvious pros and cons for each light, one being that none of the tungsten filters that were provided actually worked well as real balanced tungsten color. Since the Yongnuo's don't provide this, I guess that doesn't make it such a deal breaker. You'll have to work with proper gels regardless of the light you decide on. The video was done with an HVX200 so keep in mind that DSLR's may achieve better results with a bit of an ISO push. In any case, enjoy the video examples above on brightness, spotting, and diffusion. [Thanks Frank]

To save you a bit of reading, here's Frank's Verdict (from blog)

I´m a bit undecided. The NG 126 and the Litepanels Micro look outdated, compared to the newer lights. The Z96 has the best daylight balance and the nicest overall light, but the YONGNUO 160 is much more powerful. The YONGNUO 135 is somewhere in between them. Non of the provided Tungsten filters is usable IMHO with the exception of the one from Litepanels Micro. I use normal gels instead. Tricky lids, useless barndoors, mounting options, that are not exactly what you want on a professional set, are no deal breakers, but I hope they will be improved in the future. Some guys asked me to watchout for flicker. I had no flicker at all, unless the batteries getting weak, than they start to flicker.

If I have to choose one (and until I need a real strong light), I think I would go with the Z96, because of the superb light quality and it has a dimming wheel instead of that buttons.

Looks like Yongnuo is always one step ahead of me. Earlier I posted about their 135 LED Video light, which uses rechargeable batteries and can be charged via USB. Looks like they are well on their way to building up more accessories for DSLR video and the 160 LED is the next in line. This wasn't on their website the last time I checked, but here it is already for sale today. Here's where it gets a bit confusing, so try to follow along. It 'looks' like the CN-160 which is a larger version of the CN-126. The goose neck deal looks very similar, but the Yongnuo YN-160 is a different light than the CN-160. 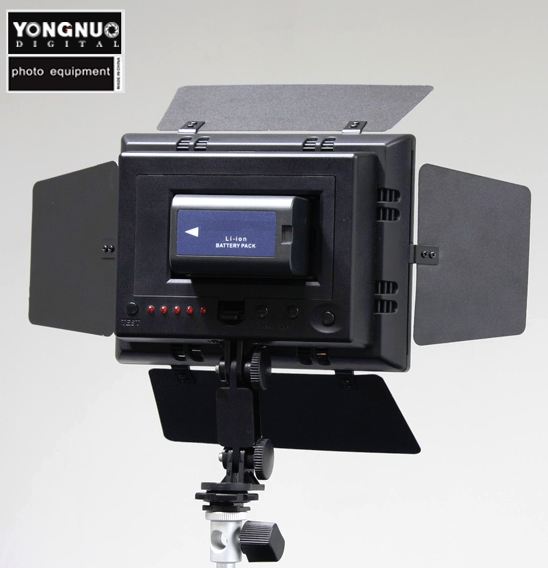 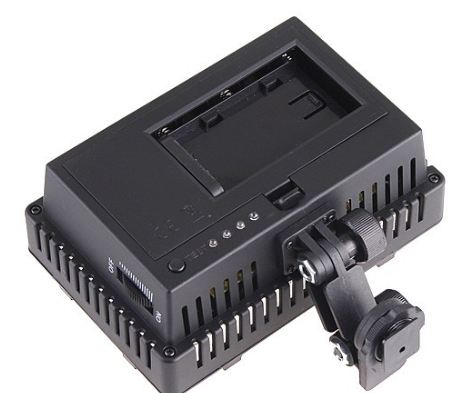 Ok, so we know it's not the same light, and the Yongnuo's are putting out barndoors. Might be good, might be bad. Here's another thing that will confuse you even more. The old CN-160 has had a major overhaul and tries to mimic the design of the Z96! My head is spinning, but hopefully you're all following. Here's the latest build on the CN-160 with stacking capabilities to create a single larger light panel and a better goose neck than the previous models. This looks like a true rival for the Z96 which sells for way more than this 'new' CN-160. 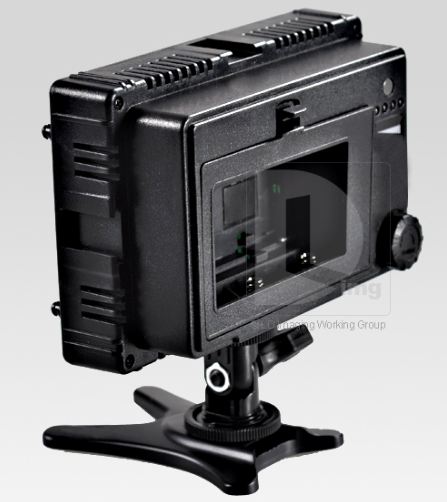 So as far as 160 LED Video lights go - it doesn't look like Yongnuo's 160 is 'stacking' up. No pun intended...ok i'm lying..pun was definitely intended. The latest Dimmable 160 LED Video Lights found here: 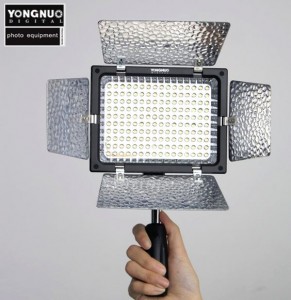 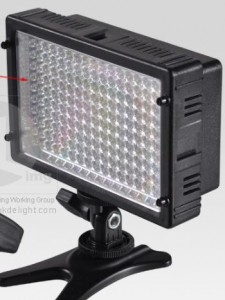