My favorite shotgun microphone at the moment is the Azden SGM-250CX. It's a short shotgun mic with great sound, comes with it's own shock mount, an XLR Lead built in, and has a 1/4" thread for easy mounting. But because i've also been using it to boom outdoors, I wanted to build out a small Blimp (it's been very windy lately). So I decided to buy the Rycote Super-Shield Kit and purchased an extra small pod to get it exactly the way I wanted.

By starting with a short shotgun mic like the Azden SGM-250CX, and replacing the original front pod on the Rycote Super-Shield, I was able to shave off almost 4" off my blimp. That's pretty significant if you're trying to travel with smaller gear, and I'm still getting the same sound I would from a larger Azden SGM-250 mic!

It's certainly an investment to ensure you're getting better audio, but all it takes is one bad interview to ruin the quality of your work, and possibly your reputation for hire if you screw up an important job. Soif you think you're getting to that level of production, but want to keep your gear small, I think this setup is a great addition that should last for many many years. 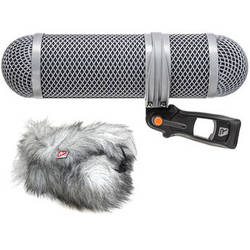 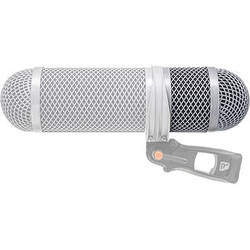 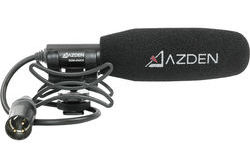