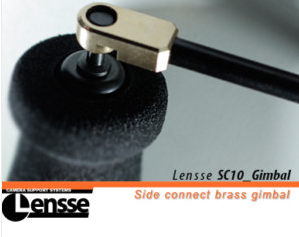 When I first started messing around with DIY builds, one of the most difficult projects to try and tackle were the Stabilizers a.k.a. or what most people associate with 'Steadicams' (that's actually a brand name). Piecing together a stage and a set of counterweights was the easiest part, but trying to locate an effective off the shelf 'Gimbal' handle was always the biggest hurdle. 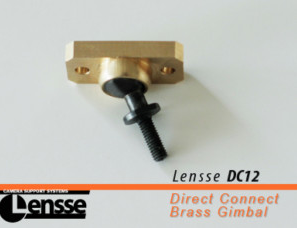 gim·bal (n.)
A device consisting of two rings mounted on axes at right angles to each other so that an object, such as a ship's compass, will remain suspended in a horizontal plane between them regardless of any motion of its support. 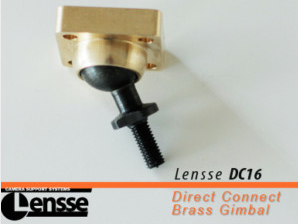 Here's where Lensse steps in. I think this could be officially the first DSLR equipment company marketing Gimbal handles for DIY stabilizer projects. This is another move for companies to get attention from the DSLR community. IGUS stepped in after finding many of it's Linear Guide Rails were being used as Camera Sliders, and even JuicedLink offers basic accessory brackets also named DIY*. These three new Lensse Gimbals designed for Light cameras to heavier loads, are all machined from Brass sockets. Brass is a metal with lower friction qualities, but still hard enough to last for years. If you're working on a DIY project that requires Gimbals, including Cable Cams, and Helicopter Mounts, check out some of the Lensse gimbals.