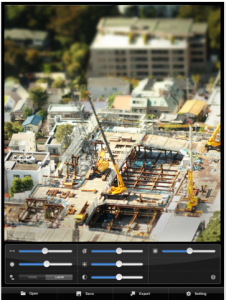 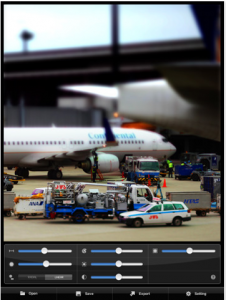 TiltShift Generator for iPad makes for interesting photos. Several different image editing options and blur control make this one cool little application, not to mention several thousands of dollars cheaper than a Lens.

Features (from iTunes)
- The original iPhone version was ranked second in the Photo Manipulation app category of the Best App Ever Awards. Judges included expert journalists from Wired, IGN, ArsTechnica and many more - these guys know what they're talking about!