Here's a quick overview on the DigiSlider Motorized Wing Arm, that offers linear camera movement to be used for Timelapse or real time Video Recording.

DigiSlider offers two different sized 'Wing Arms', and what i've shown in my video is the smaller unit. The Wing Arm folds down fairly small which makes it easy to travel with, and the motorized controls will give you consistent speed throughout it's travel. This is a great little setup for adding just enough slide to make Timelapse interesting. The controller is capable of firing the shutter on most camera models, so you can do a true shoot-move-shoot timelapse which is needed for long exposure or HDR. 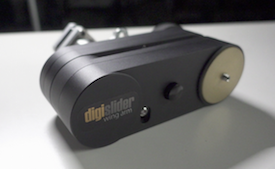 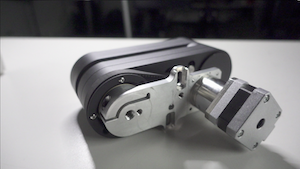 When used for real time video capture, it can be setup to Auto Loop during interviews. It's almost completely silent. Note that the smaller DigiSlider Wing Arm is only 1 Axis (no panning). If you want that parallax effect, you'll have to look at the larger Wing Arm that has an auto panning feature (seen here).

Because the belt is fixed into the system, you won't be able to get smooth movements if used manually (without the powered controller). You would have to take apart the case and remove the belt if you wanted to use it manually. Overall it's a pretty straight forward piece of equipment. For those smaller camera setups, the DigiSlider Wing Arm is a simple and affordable way to get into a true Shoot-Move-Shoot (SMS) video slider for timelapse or real time video. A piece of gear that's compact enough to fit in a small backpack. Let me know what you think using the comment section below. 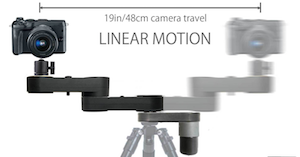