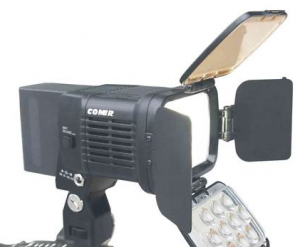 ? It's a damn good LED Video light with a damn good price tag attached of over $300 dollars and doesn't even come with a battery. The design of the Comer lights are also much different than just a flat square panel full of LED bulbs. The second generation of Comer LED lights has a newer design with 10 LEDs on the front panel.

If you wanted a Comer, you had no choice but to buy one. Well, up until now I guess. There's a new LED light floating around recently that looks similar and claims the same 1800 Lumens output, so could this 'other' LED light be a Comer Clone? It sure does look like it through the limited amount of the photos I could compare online. From design, features, position of buttons and switches, it's pretty close. This 'other Comer-like is coming in about half the price and unlike Comer, comes with a Sony style Rechargeable battery + charger. Anyone sporting a Comer now, or experience with these Comer-like lights? 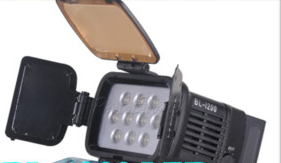