A short while back, Tony Carreti shared a test with a very inexpensive shotgun microphone (found here). Today, HDSLRNOW.com provided some additional data while comparing the sub $20 dollar EM-320E

to the $230 dollar Audio Technica AT897 (found here). It's fairly obvious that the more expensive microphone sounds better, but the debate was about whether the sub $20 dollar microphone is worth using for those who may just be getting off the ground shooting video and without a budget. You can find the cheap EM-320E shotgun microphone via eBay (click here). 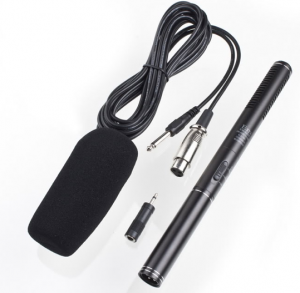 15 thoughts on “Cheap vs Not So Cheap Shotgun Mic Test”