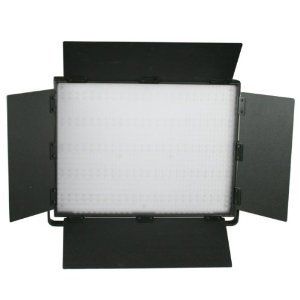 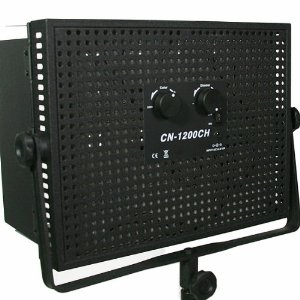 The latest 1200 LED light panel is now being offered in a Color changing model. An added dimmer knob allows the LED panel to switch and mix between two different sets of LED colored bulbs giving you a range between 3200K-5600K. Unfortunately like the other 1200 LED panel, it still does not have the V-Mount adapter to use this off the grid like the smaller 600 or 900. Something to keep in mind - since the 1200 panel uses two different rows of LED lights, when switching from one color over to the other, you'll be cutting the LED count down to half (600 tungsten LEDs and 600 Daylight LEDs). The question you're all thinking about - why not just use Gels? First, Gels cut down light quite a bit, and it's also one more thing to carry. Using a Bi-Color LED light like this 1200 can also mix in between temperatures. If color changing on the fly is an important part of your work flow, you might want to look into these below. 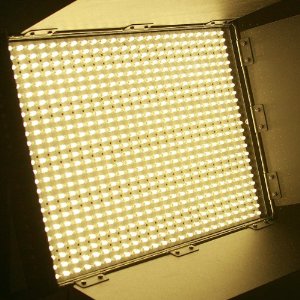 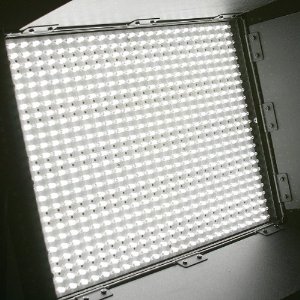 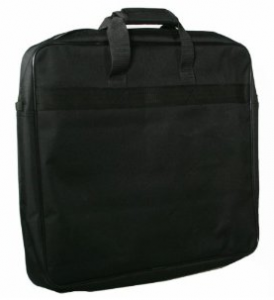 Chris writes in and shares this find. Apparently there's travel bags available for the 1200 LED video lights. It definitely makes it easier to get a handle on and keeps the barndoors and switches from snagging, but doesn't look super duper padded. The size of the bag is 19"L x 16"H x 3"W, so if you've got other LED panels in that range, it would be a good fit. Chris also mentions there's a price drop on the 1200 LED video lights. I like either the 600 or 900 only because it can be optionally powered via Battery. But if you want something larger like the 1200, those can be found below. [Thanks Chris]

Just a few months ago, there was a worldwide shortage on these popular LED lights. Now competition must be fierce or the market was all of a sudden super saturated. Recent price drops on both 500 & 1000 LED panels take it down about another $40 bucks. Not a huge or crazy saving, but a discount none-the-less I guess. These are practically the same lights used in this video http://cheesycam.com/cheap-500-led-1000-led-and-z96-lights-in-use/.

These are a small step above the another one you might find, as these are both dimmable through a series of switches, or by a Dimmer Knob. These are also powered with the XLR type connection which means it can be modified to use the V mount batteries for portable use.

Sure there's a ton of posts on this blog all about cheap gear, but it's been hard for me to show them in use. (Sorry guys, if you only knew what I do outside of this blog.) But i'm trying harder to do better, and you probably noticed that i've been working more closely with some friends to show more of how these things work out and samples of what can be achieved. Here's another piece put together by the guys to showcase how adding small lights can set the mood or tone in a scene. This small little sample piece is called 'The Boss'.

A single 500 LED Video Light Panel was set for the rim light behind 'The Boss', a Z96 was taped into a cheap reflector to throw the cliche downward spotlight, and a few Z96's were adding rim lights to the victim. Why not use all the latest LED panels that I just purchased? Well that's a different set of lights for about twice the budget. These will work just fine for someone looking to get into basic LED Video Lights. There will be another video piece shot with the new 900 LED panels that I have pretty soon, hang tight. For now, I thought it would be a good way to show that these lights are still great products including the little Z96 LED lights. The 1000 LED Video Light was used outdoors to add light through small windows on the garage, and then mainly for the scene in the end to purposely cast shadows.