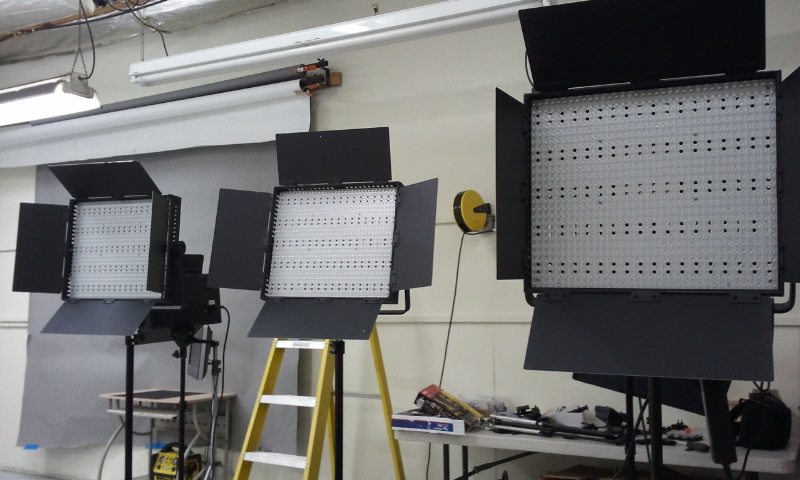 I setup (3) of my new 900 LED Video light panels against the 500 LED panels. These things really put out some power. Obviously there's more light output than the older 500 LED panel, but the color and throw is a world of difference. The 900 LED panel has an AC power cord that outputs 15V, and terminates to an 'N' size (Radio Shack) pin. This is the same size pin the Z96 and 352 LED Ring light uses. So I quickly threw on a variety of my DIY batteries to test total light output.

With the 900 LED panel powered from a 12V battery, the light turned on but was pretty dim. Using my (2) RC batteries joined together to 14.4V, the light was at full power. The third light I connected to AC power (15V) and was exactly at the same output as the one running on RC batteries 14.4V. I left the LED on full power using the RC batteries (fully charged) and after about an hour the light began to dim.

So it's possible to power these LED lights from a portable battery pack, but you'd need something that was at least 14V and fairly large to get some decent run time out of them. Even though they come with the V-Lock Battery mount, that might not be enough time to be worth the high cost of those batteries. Time to find a solution...