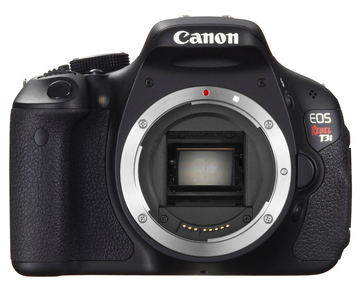 As if there isn't enough cameras in Canon's lineup, they recently just announced the T3i or 600D. Looks very close to the Canon 60D sticking with the Vari-angle LCD screen and i'm sure taking in a few other similarities. Some new tricks with in camera processing of photos and videos, upgrades to EOS utilities and Zoom Browsers, but technical specs within the core processor don't surpass the 60D. Don't expect this camera to bring any better image quality.

There is a new Zoom feature that can zoom in 3-10x while maintaining HD video output. Hey that's pretty cool, and can take advantage of shorter lenses. I'm sure there will be some added softness to the effect. Another step up from the T2i is manual audio levels and built in flash trigger. Guess what though, this 600D goes back to the LP-E8 battery unlike the 60D which uses the LP-E6. Sorry guys, no headphone out monitoring added to this DSLR (what's up Canon?).

For those who really wanted the swivel LCD, but could not afford the 60D prices, this T3i would be the answer. And to throw in even more confusion, Canon's released a T3 camera (not T3i). This almost seems to be the replacement for a T1i. The T3 is an even lower entry level DSLR, a bit slower in photo fps, lower megapixels, smaller LCD (no swivel), and only 720 capable.

The prices of these new Canon cameras are coming in low so i'm assuming this will discontinue sales of the T2i completely (unless they are willing to do a huge price drop). If it's true then expect remaining T2i inventories to drop prices even lower in the coming weeks. Canon sure has been moving pretty quickly through the lower end of consumer cameras, let's hope they come out with a replacement for some of the top end soon!