Here's a video going over some of the feature of the new CAME-TV CAME-SINGLE, PilotFly H1+, and Nebula 4000 3-Axis Gimbal Stabilizers. Let me start by letting you know there are no sample videos from these gimbals. So you don't have to waste your time here.

At this time, I see no reason making a comparison video for each one since each of these are very capable of providing very stable footage. It depends highly on your camera + lens choice, PID tuning, and balance. So regardless which gimbal you choose, you can technically end up with similar results. In this video i'm mainly going over the design and features of the CAME-SINGLE and PilotFly H1+.

Starting with the NEBULA 4000, it's definitely outdated compared to the other two and not as easy to balance. But if you're on a tight budget, the Nebula 4000 has gone down in price and many used systems for auction (here)

If you're looking for something more current, and running the latest gimbal software, your best bet would probably be between the PilotFly H1+ and CAME-SINGLE, so let's first go over some of the similarities. 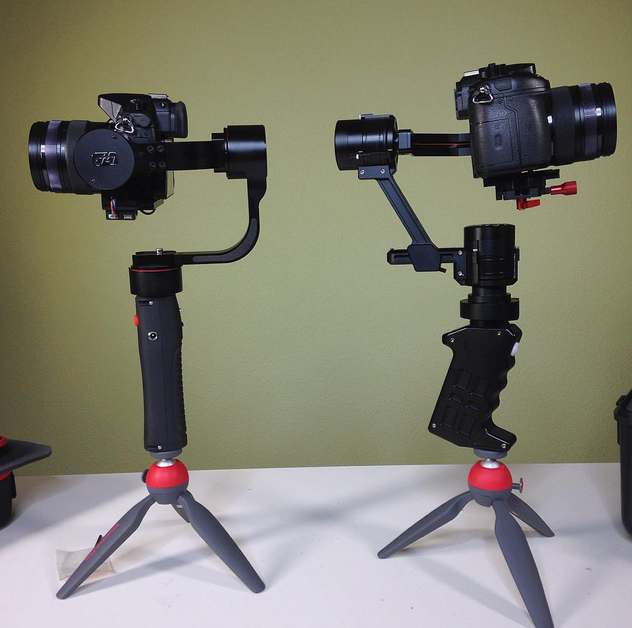 Gimbal Controller
Both gimbals are running 32 Bit Dual IMUs and full 3-axis stabilization. Both offer an On/OFF button and a separate button for you to change modes / profiles. You can customize your profiles through the Basecam software.

Physical Size
Comparing the physical size of the gimbal frame, the CAME-SINGLE is capable of supporting larger cameras than the H1. So if you have a compact camera, the Pilotfly H1+ looks like a great option. If you want to play around with different camera and lens combinations, the CAME-SINGLE would be more flexible. The CAME-TV is about 14 ounces heavier than the PilotFly H1+. 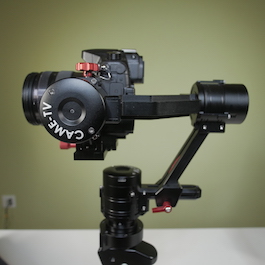 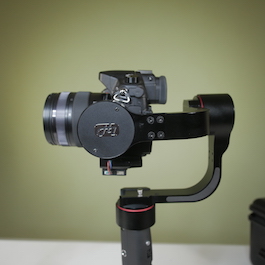 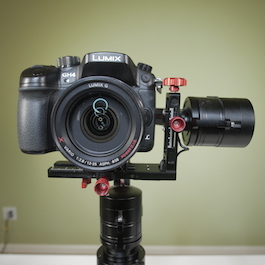 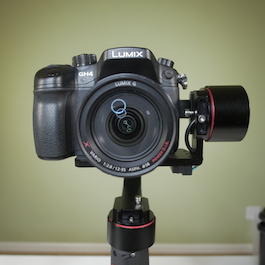 Inverted Mode
The PilotFly can be used 'inverted' (upside down), while the CAME-SINGLE cannot be used inverted. The handle must remain below the gimbal frame.

PID Tuning
The PilotFly has Bluetooth built in so you can change the PID wirelessly with an Android device. The CAME-SINGLE does not have bluetooth, and needs to be reprogrammed using a USB cable to a computer or Windows Tablet.

Balancing Adjustments
The PilotFly H1+ requires a hex tool to make adjustments while balancing, while the CAME-SINGLE is completely tool-less and also offers a quick-release camera plate.

Battery Power
The PilotFly H1+ has an internal rechargeable battery which should be fine if you don't need to fly all day and have the down-time to recharge. This could be a problem if you can't afford to set the H1 aside to recharge during the day. The CAME-SINGLE uses (2) 18650 rechargeable batteries, and allows you to swap them out as needed so you have no limitations. The system comes with (4) batteries so you'll already have one spare set.

Brushless Motors
The CAME-SINGLE has encoders built in with the motors. This is similar to how the DJI Ronin tracks it's motor positions. This feature is new in 2015 for Alexmos based gimbals, and the CAME-SINGLE has this already built in. The ability to quickly change camera position on the CAME-SINGLE can be handy in the field, especially when you need to adjust your horizon. To adjust the horizon on the H1 would take a bit more effort. The software for gimbals with encoders could only get better for more stable systems. Since the PilotFly H1+ does not have encoders built in, future firmware improvements cannot be applied to the H1+.

My Thoughts
Overall the CAME-SINGLE has more advantages except for the fact that it's 14 ounces heavier, and cannot travel as compact as the PilotFly H1+. Essentially you can achieve similar results between both. For those working with smaller and lighter camera setups, the H1+ may be more appealing. Keep in mind that smaller setups can be used with either system, if you don't mind the size difference. Larger camera setups should definitely look more towards the CAME-SINGLE.

Experimenting with a little mod for the @CAMETV #CameSINGLE #gimbal stabilizer. By adding a 15mm Rod plate under the handle, I was able to run a 15mm rod horizontally, and then add two 15mm handles. Using two handles will always make you more stable than using 1 handle, helps distribute the weight (less arm fatigue), and allows me to use as a top handle if necessary for low angle shots. Notice how I tilt the gimbal backwards for a full unobstructed view of the LCD screen too.