I talked about these lights a long time ago found in the article: http://cheesycam.com/latest-led-video-lights-for-dslr-video/

Since that first article, these lights have made their way around the world and in different projects. Yet to this day I get asked several questions about posting up a sample of power output and sample videos of them in use. I had a bit of free time, and a walk-in volunteer today so I thought I'd put this together real quick for you guys. (Thanks sister-in-law). There's no style in the lighting setup, I just threw them up very quickly. This video is mainly just to show you how much power these things are capable of along with the quality of light. The main camera was set to the Daylight White Balance setting with no color correction in post. Hopefully that should give you an idea about how close they are to daylight temperature. The camera was set to ISO 250 with the lights at 1/4 power. DSLR's can provide clean images even up to ISO 1600 and with 3/4 of power to spare they should be able to cover most of your small projects. You can also tell how whisper quiet these units are. Don't be fooled by other versions that include some type of internal fan, that will ruin your audio (if you ever decide to use the audio). 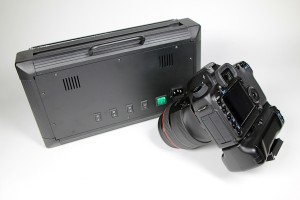 In the rear I have a 500 LED light camera left on Full Power. In the front, I would normally have a main and fill light setup, but they are both on only 1/4 power. You could probably just setup one light to the side, and use a simple bounce as a fill on the other. I'm also including a few images that were shot by just lighting the product with the 500 LED panel. I have it next to a Canon 5D Mark II to compare the relative size. It's very small, built with a solid housing, and makes it perfect for travel. These lights also stay super cool with ZERO heat so your subject doesn't start to sweat. If you have any other questions about these super cheap LED light panels, just drop a comment. 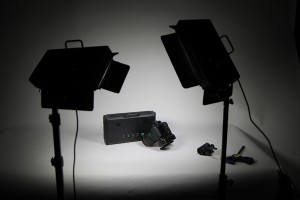 There's many versions of these types of lights online which look similar. Some come with a fan which you don't want when doing Video shoots. Those fan units are very loud and I don't think are needed in LED lighting. Others units being sold may also be a slightly different build quality. I have not had the chance to use some of the other units out there, but I can tell you that I'm happy with the ones that i'm using here. There's 500 LEDs, 1000 LEDs, 500 Dimmable, 1000 Dimmable, 1000 Color Temp Changing Dimmable, sold in kits with several lights, and a few more options. These particular light panels come from the ePhoto seller found here: Portable Cool LED video Light Panel Solutions 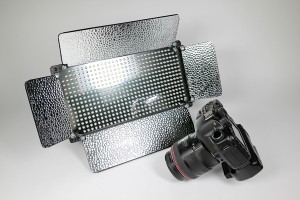 They are also available via Amazon 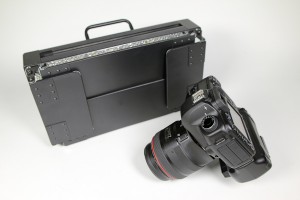