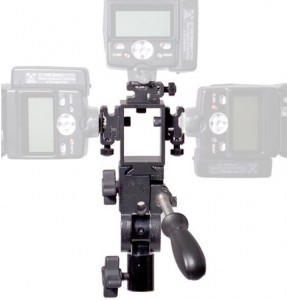 Now that Yongnuo is getting into the Flash game pretty heavily, it sounds like these cheap flash alternatives could grab more consumer market share. If you're looking to use the flashes off camera, it's possible to fire them off with the RF-602 wireless trigger system. If you want to broaden the flash area and add some speed to recycle times, you might want to double or even triple them up. By setting each flash to a lower power setting this should increase the recycle time for you to fire off another flash. By using 3 flashes over one, you'll also get a broader softer source of light. Strobies sells an inexpensive Interfit INT337 Triple Flash Bracket with cold shoes and umbrella holder. Now all flashes including Canon will recommend limiting the flashes depending on your power setting, to ensure you don't overheat your flash. That's another good reason not to have a single flash going full power. Check out this video from Aaron on the built in protection of the Yongnuo flash https://www.youtube.com/watch?v=y7XxK_Z3rQ8

Aside from flashes, this handy mount can also be used to mount three of your Video LED lights into a wider array to cover a broader area. If you're using the Z96 LED lights that have the ability to mount together, you might be wondering why you'll need something like this. Consider that by using the Strobies 3 way bracket, you'd be able to position each LED Video light in slightly different direction. Something you won't be able to do if you have them joined together using their current mounting system. 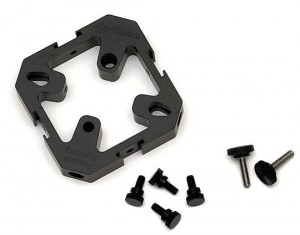 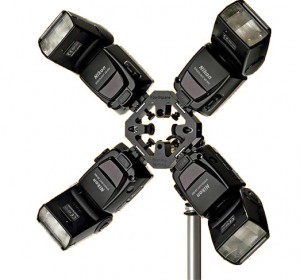 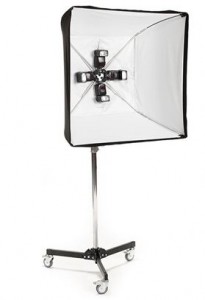