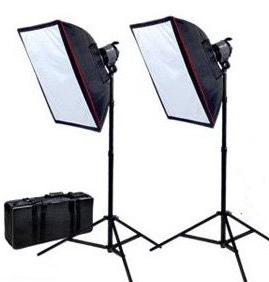 You ever watch TV and there's a crazy bunch of guys who start stapling themselves in the you know whats....? They always have a disclaimer talking about 'Don't try this at home'. This is definitely one of those times where I want to share what i'm doing but have to lay down this disclaimer. I decided to test something out with an awesome set of 1000w quartz halogen lights. They are designed with a great looking metal housing along with a dimmable feature. My kit comes with two (2) 1000w light heads, (2) Softboxes and (2) lightstands. I've seen these things with just basic reflectors too, but the softboxes really help diffuse the powerful light output. 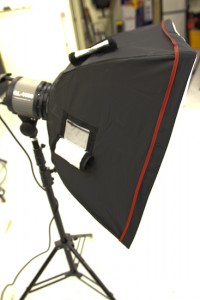 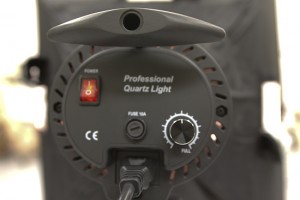 Now these lights have been around for a while, but haven't really caught on to a whole lot of video use. Why? It's because they have built in fans, and quite noisy ones too. Once these things are powered on, a small fan inside the housing makes it unusable when working with audio. Otherwise they work great.

So here's where I took a chance (but not a completely thoughtless risk). I opened up the housing and disconnected the fan. It's quite easy with just four small screws on the back, you can disconnect the small red/black wiring with mini plug as seen in the image below. 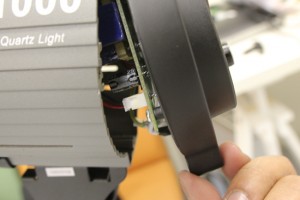 Now if you looked at the build on this light, the fan almost seems useless. Yeah i'm sure it throws a little bit of wind, but doesn't seem very effective to cool anything down. I've worked with 1000w halogen shop lights before and they seemed to last just fine without being 'fan cooled'. In fact you could pick up a cheap set of 1000w shop lights at Home Depot if you wanted to. Lots of people use those things for their DIY home studios and green screen stuff.

Of course I wanted to carry a light set that looked good, was dimmable, had soft boxes, and light stands. This 1000w video lighting kit is a bit more polished than just Home Depot shop lights, but are still very inexpensive for what you get. Sales on this light haven't really taken off, so you should be able to find them cheap. They are sold under different brands and painted differently, but all carry the same form factor. You'll often find them advertised as 'fan cooled', trying to throw in a feature above other lights, but seems to have backfired on them because of all the noise it makes. 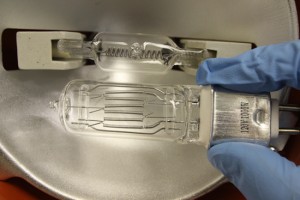 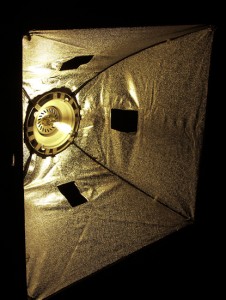 Looking at the photo (above), the bulb protrudes out past the housing giving it plenty of room to dissipate heat. Is it going to last without a fan? Considering the fan is placed inside the housing, I don't see why not. If you look at the bulb this light head uses, it's just about the same type that's found in the big 'non-Fan Cooled' fresnels. So this bulb doesn't require any type of Fan cooling, so long as it can naturally dissipate. This design with the protruding bulb seems to have a better heat dissipation advantage over the 3pc red head set I have too. I've been testing these 1000w lights on a couple of shoots, a few hours at a time to see if they really hold up and so far i've had no problems. Bulbs on this guy are fairly cheap if you need replacements - around $9.99 each (link below). 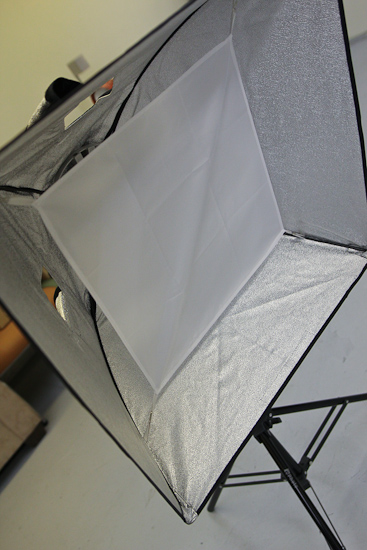 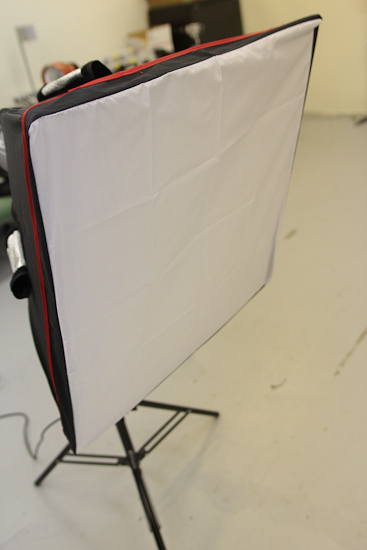 There is a Large outer softbox diffusion screen that can be used with or without the small internal diffuser. 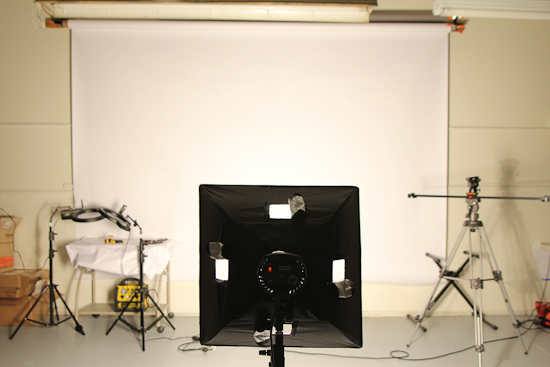 So, I have to leave you with the disclaimer 'Don't try this at Home'. In fact, if you don't care about the fan noise when shooting stuff like Music Videos, there's no need to even disconnect the fan. These are a great set of lights! Most people just don't use them because of the fan noise. You'll be surprised how many people return these lights after purchasing them only because of the fan noise. Be warned though, that you should have plenty of power available at your location. These are very bright. If you need to be concerned about power draw at your location, go with LED lighting. LED lighting require less voltage, but they obviously aren't as bright as these.

But.......If you do choose to follow my path, you can always disconnect the fan when you need it quiet, or even 're-attach' the fan - It's fairly quick to do. Hmm, maybe i'll make an external 'fan switch' to control the fan on and off?? Well people, so far so good (knock on wood) and it's been a few days with a few hours put on them. I think they'll be just fine.......