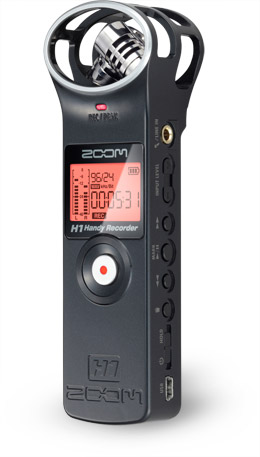 I was excited to pre-order the new Samson Zoom H1 portable Audio Recorder and posted this article. I received an email from the Pre-Order seller that the release date was pushed back to the August 20th. I completely trust the seller, but just to make sure everything was on the up and up I contacted Samson for an official comment.

Emm,
August 20th is the new release date. There was a production delay at the
factory, and it had to be held back. We are deeply sorry about this.

Thanks Samson for the fast response, and although i'm sad to say it won't be in my hands soon enough, i'm sure the delay is for good reason. Samson makes awesome products such as the Zoom H4n and unlike other companies claiming a release date or product availablity, they've always been on top of things. I expect these things to move fairly quickly, so if you're still interested in getting the pre-order, check out this article.