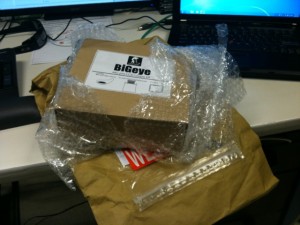 It's still a bit early, there may be some new things that arrive later, but here's what just came in for today's mail bag. Here's a hint. It could be the next BIG thing to keep your EYE on.... Ok that was probably a corny one liner. Would you like some butter on that corny joke? Yeah that was pretty bad too, i'll quit now. Anyone as excited as me to open the box and see what this bad boy looks like? 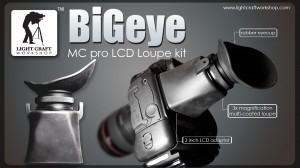 Update 12:18pm: I like it...I really really like it. This isn't saying much since I never bothered to spend over $180 on a viewfinder, but this is the best viewfinder "with a diopter" for under $140. This made my day.. I'll have more information later, but it's a much different design than the other loupes. Weird, but there's no plastic on it. Totally silicone, metal, and glass.