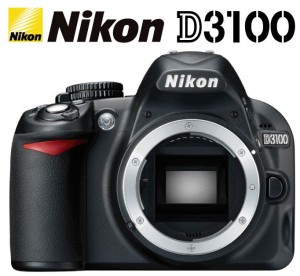 The new Nikon D3100 DSLR camera with 1080p is available, but finding one is a bit rare right now. This new DSLR coming in even cheaper than the Canon 550D / T2i has the specs and pricing to steal a bit of market share for new DSLR shooters. From the samples i'm seeing so far though, there's still a major major problem with Rolling shutter and 'Jello Effect'. The earlier Nikon DSLR were notorious for this, and doesn't seem to have gotten better on the D3100. I've seen samples from the higher end Nikon D7000 which looks pretty good, but what's going on with the D3100? Also that new continuous Auto Focus that everyone complains Canon fails to implement is quite distracting on the Nikon. It's quite jumpy. If the rolling shutter is still going to be an obvious problem, pricing is not going to save this camera. If anyone else has some samples or experience to share, i'm sure we'd all like to take a look.