Now i'm not quite sure how much of a difference the new MK II DR-60D Audio recorder brings, and it's probably not enough to justify an upgrade from the old version. But for anyone looking to purchase the popular DR-60D recorder, it's now available for $199.99 + FREE US Overnight Shipping via Adorama. Yes FREE Overnight means that depending on when you get your order in you should receive it the next business day (click here) 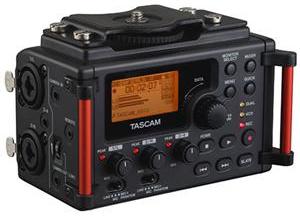