Here's a few videos that could be advantageous for video editors that have access to Apple's thunderbolt interface. Until recently, there have only been a few thunderbolt external hard drives and they were quite expensive. Seagate offers thunderbolt adapter docks for it's GoFlex

line of hard drives, but many have success docking other SATA drives directly. This will save you some cash in the long run, and you'll be able to expand by just using several drives. For those rockin' the new MacBook Pro (or thinking about it) with built in Flash Storage, these options could be very interesting to you since you can't expand the internal drive of your system.

docked directly to the Seagate and taking full advantage of the amazing Read and Write speed of the Thunderbolt interface. 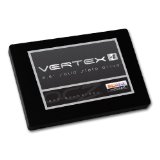 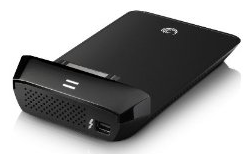 Another video example below shows off Seagate's Desk Dock

. This larger dock can interface with both full size 3.5" SATA Hard Drives and smaller 2.5" Sata Hard Drives. The downside to the larger dock is that it requires additional DC power in, while the smaller GoFlex dock is completely bus powered for travel, but can only mount 2.5" SATA drives.

separately would be cheaper, but the GoFlex Desktop Dock with 3TB Seagate drive has dropped in price via Amazon. Should you need to replace the 3TB that comes with this kit, you can always pick up another SATA drive and continue to take advantage of Thunderbolt speeds. Check out the SeaGate ThunderBolt Desktop Dock (Click Here).