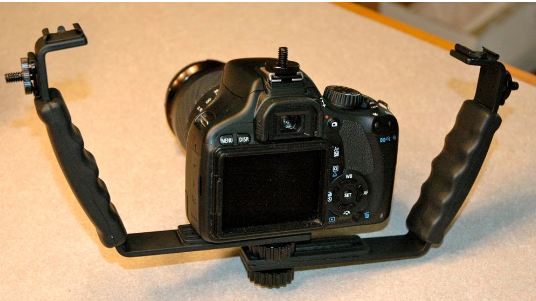 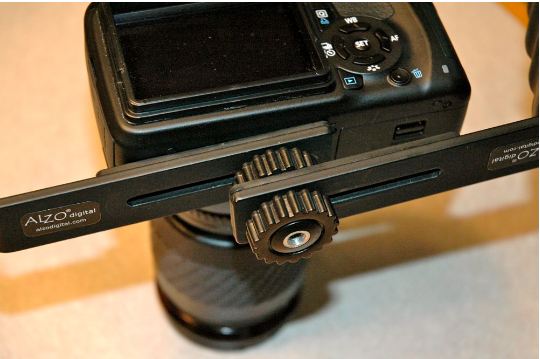 After posting about the possible Double L bracket stabilizer idea, Dave Taylor over at DaveTaylorMP.com shares a few images of his Double L Bracket setup with what looks like a Canon 550D / T2i. He's using the Video Camera Light Bracket - by alzodigital.com which has two cold shoe mounts. He mentions that he also added the Trek Tech T Pod Table-Top Tactical Tripod With Magmount Star to his configuration for a simple Shooter rig with an extra handle. His inspiration for this came from TheC47.com video below. Check it out, looks pretty cool if you can't afford the RedRock Micro theEvent Rig.

I'm still looking to mount two L brackets but with an Aluminum flat bar in between to make the handles more level, and a QR adapter dead center. Maybe i'll change that center AL bar into a 'T' bar so that I can support both a QR adapter and room for the T-Pod configuration. Thanks for sharing Dave!

Update: Reader Chuckarama just sent in this Flat bracket that looks like it will do the job in between the L brackets. Should be able to mount a QR plate and still be Tripod mountable. Great job Chuckarama! Let me know how that comes out when you're done.

Thanks to a tip from a reader, here's an interesting combination of readily available camera equipment that makes for a fancy DSLR shoulder braced shooter. Grab yourself the T-Pod Tactical Tripod + the Monfrotto Shoudler Brace for Monopods and you have yourself a pretty steady highly configurable Shoulder Shooter. It's not a $20 dollar rig, and sure it might run you about $60-$80 dollars, but the most basic Shoulder Shooters from band names will run you over $400+. This is a great simple solution, that doesn't look like a homemade solution. Both are available on Amazon links below. 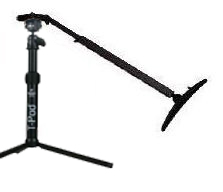