There's been a few announcements of Sachtler's latest Ace fluid head + tripod, and it's finally available for pre-order. What's all the buzz about? Well Sachtler tripod systems normally run several thousands of dollars. In fact, just a pan bar alone for a Sachtler Fluid head could run you well over $300 dollars. So it's surprising that this new Sachtler Ace Tripod system is as affordable as Manfrotto gear. With all of the incredible shrinking video cameras, my guess is Sachtler will stay in this space and produce more affordable systems going forward. There's just too much they're missing out on by staying overly high end.

So what could hold back product sales? Well for one, Manfrotto's pretty much cornered the market in Quick Release adapters. Choosing a Sachtler over a Manfrotto 501HDV tripod system like these (click here) means you'll lose the ability to move from one rig to the next with ease. Oh and hopefully the bad rap that Litepanels is having won't affect the sales of this product, because Sachtler is also a Vitec ground brand. There's already several comments about banning Vitec products since that Litepanels announcement. 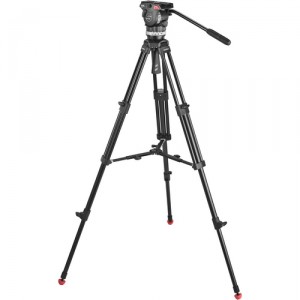