The new F&V R-300 LED Ring Light is a very capable light to be used both on or off camera. I've performed some basic comparisons of output and spread versus much more expensive and larger panels (seen here).

This time, it's a test on what it looks like with skin tones. In the beginning of this video, only the R-300 LED Ring Lights were used and the cameras were locked in at a manual 5600K. The image may be slightly warm, but it's an example of what it can look like when locked in with the 5600K setting.

The comparison to the popular 600 Led Video Light

shows that it does not carry the same slightly green cast which is common for inexpensive LED lights. The single light test shows how broad it can diffuse lighting. Keep in mind that neither lights were set to 'full power' during these examples.

Without a trained eye, there may not be a significant difference in the video, but the true benefit of course is the cheaper price of the R-300, smaller and lighter form factor, and the ability to power with inexpensive Sony NPF batteries (instead of expensive V-mount). This is a highly recommended set of lights for lightweight travelers. You can find the R-300 LED Ring lights via F&V product page (Click Here). 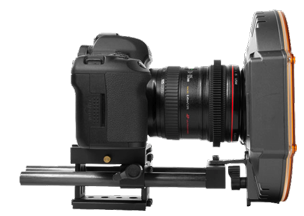 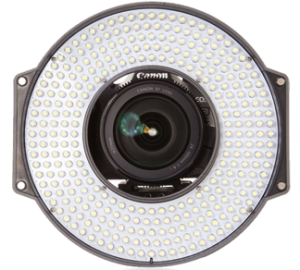