Caleb over at DSLRVideoShooter.com, reviews one of the ePhoto 600 LED Video panels, and seems pretty happy with them. I agree that they could have done a better job with the power cords because if you have your lights fairly high, they are dangling at the barrel connector. I'm in the habit of tying my cables to the Yoke to prevent stress on the connector. I guess using batteries would solve that problem. [Thanks for the shot out Caleb]

I've got a 3pc set of the 900 LED panels, which I chose specifically because it has a bit more power than the 600s, but still has the battery mount option. They are also not too big so that I can pack them in a roller travel carry on luggage. If you have no plans for a battery mount, the 1200's will give you the most amount of power. I'll be honest to say I don't really have a proper bag, and these lights get bumped around quite a bit. They have been in constant use lately for the last few weeks and are still operating perfectly.

New in that lineup of LED panels is a '1200 Bi-Color' (color changing) version, but keep in mind that's only 600 LED's actually going full power in either Daylight or Tungsten temperatures. While they are back in stock, you can find them on Amazon available for Prime - Click Here. 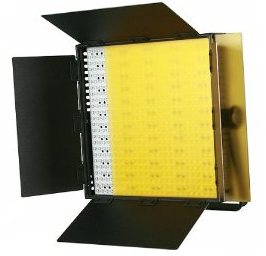 Don't forget that there are some bags available to make them easier to travel with. Not so much protection from dropping, but keeps the buttons, switches, and barndoors from getting snagged. Those baggies can be found on Amazon (click here). 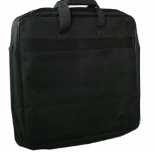