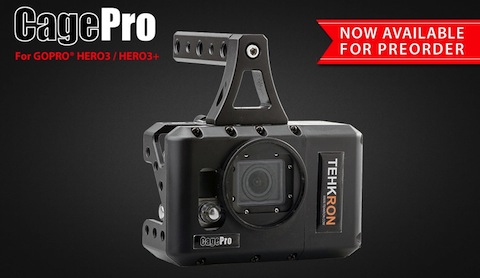 To solve the issues of short battery life on the GOPRO HERO3/ HERO3+ cameras, a short time ago a GoPro Powered Cage (concept) running off of Canon LP-E6 batteries was introduced. It appeared to be well received, so the concept idea was moved quickly into manufacturing. The day it was announced, YouTube member Blunty created a short 'WANT' video about the CagePro [Thanks Blunty].

Fast forward a few months and several prototypes later, the new CagePro is finally ready to ship with an optional Top Handle and the final version can accept 52mm threaded CPL or ND filters. Since the new HERO3+ camera is exactly the same size, the CagePro is compatible with both the HERO3 / HERO3+ cameras once placed in the skeleton housing. Announced today in a newsletter, pre-orders are available now (limit 1 per customer) and is expected to ship earlier than November 10th. 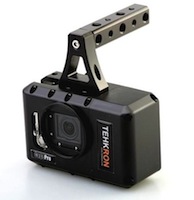 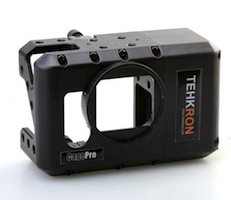