Remember a short while back I mentioned I was working on a personal project to perform some independent LED Video Light Tests? Well here's a small update on where this project is at.

The image below (computer screen shot) are various different LED video lights I have laying around shot with exactly the same settings. This is a visual reference to compare the brightness, spread (diffusion), and also color reference of each LED video light. I've locked the camera down to a white balance of 5600K for these images. Some of the tests were performed between Daylight and Tungsten, but the side by side comparison really shows extreme color casts between the various LED lights. 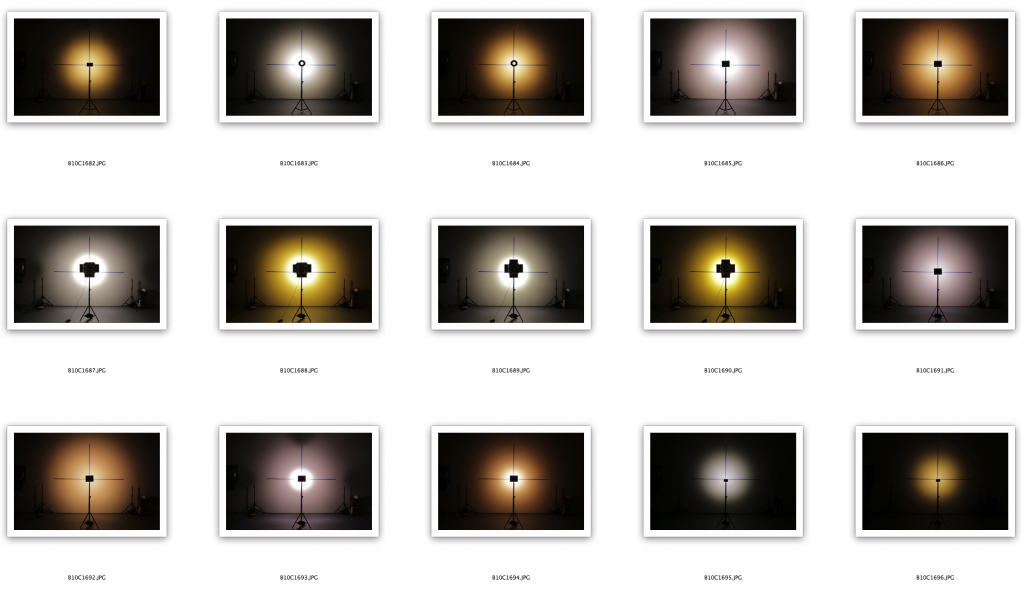 I also decided to get more serious about using a true LED Spectrometer for these tests that will provide me with more accurate readings and charts. I'll be able to share these images as well as exact numbers from the meter for each light including CRI and LUX readings. The image below are a few settings from the various LED Video lights. This project will be quite interesting indeed.. 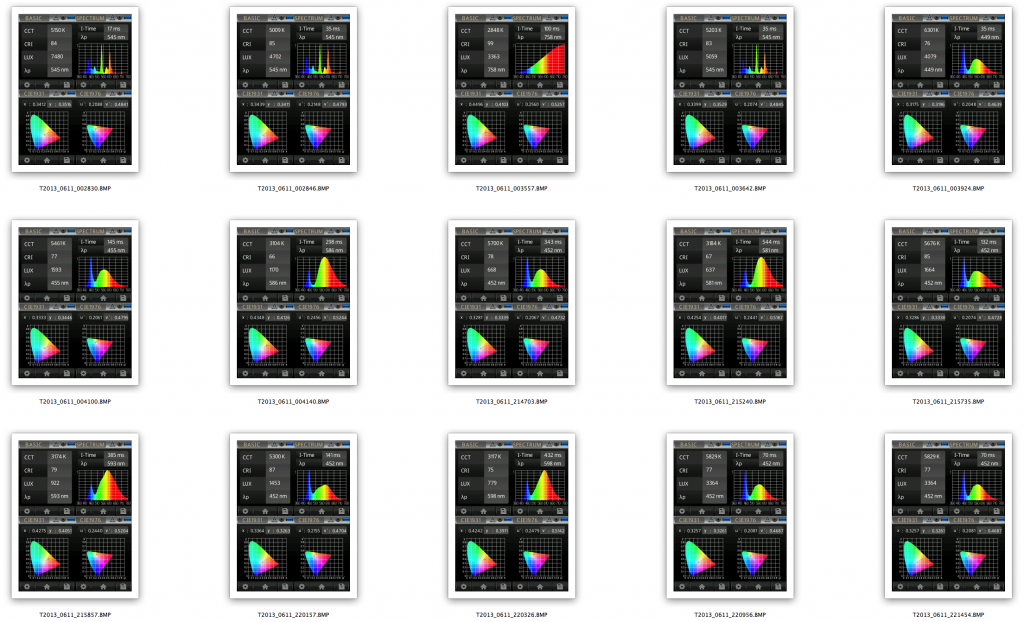 [Note:] I am performing my own tests with a standardized setup across each LED light as a reference. This is an independent test which may greatly differ from what each Manfacturer displays as their proper listed technical specifications.