Sony has overshadowed some of the other new camera releases with it's RX100 and new RX1 camera, but if you haven't been following, the new Canon Powershot G15 is quite amazing as well. I don't mean for this to be an RX100 vs G15 review, but it's a good basis of the value Canon brings in this sub $500 dollar prosumer camera. I'm not saying I will give up all of my Sony RX100 cameras completely, but I believe there's room to replace one of them with this new Canon Powershot G15.

The most important stand out feature for me is the new 24-140mm (equiv) F/1.8-F/2.8 lens. This is very impressive to have that focal distance paired up with a constant wide aperture. Not only will this provide you with better low light capabilities, but also better bokeh (blurred backgrounds) often desired for portraits. The auto focus is fast, and even the Macro capabilities of the new G15 which can focus on subjects as close as 1cm to the lens is another highlight.

The Canon Powershot G15 may not as be small as the Powershot S110 or RX100, but it's also not too large to still fit easily in a jacket pocket. The G15 will still offer professionals a remote shutter input (for an Intervalometer - Time Lapse), full manual expsoure controls, RAW imaging, and a hot shoe port for flash photography. I won't dive in to too many of the specs about the G15 that are already scattered all over the Internet, but if you're a photographer looking for a smaller travel camera without the hassles of lens changes, I feel the G15 is a great buy. Check out additional specs at the product page via B&H (Click Here) 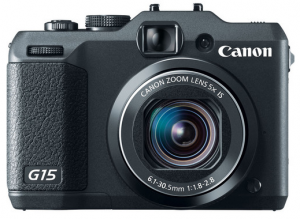 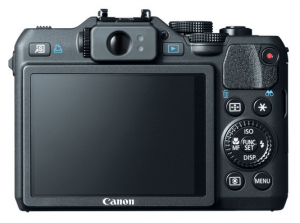