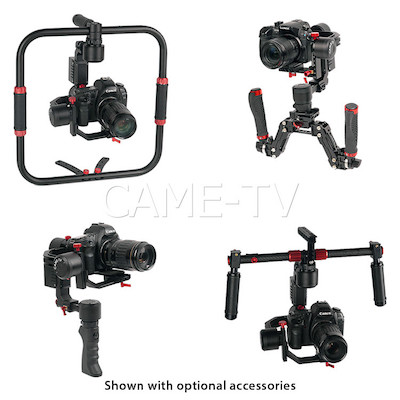 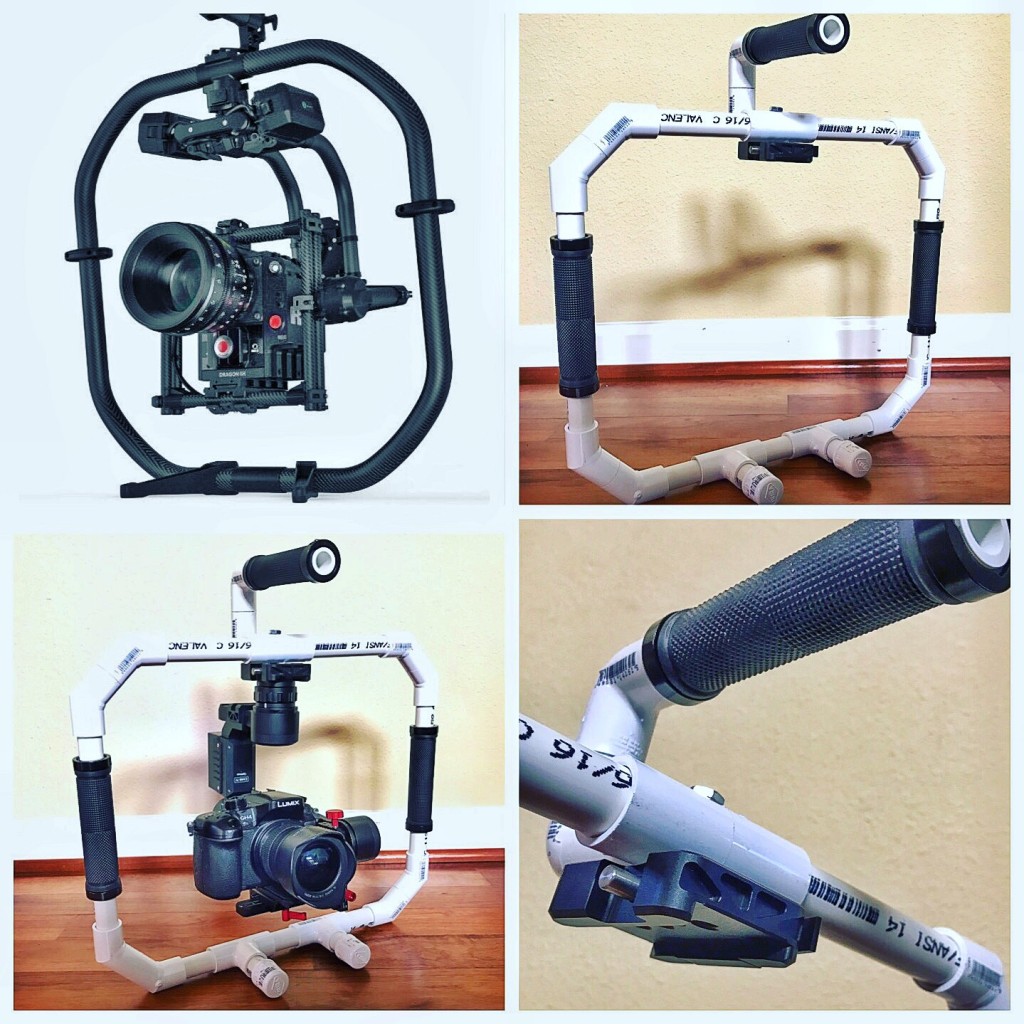 So the new Freefly systems Movi Pro Gimbal basically sits inside of a Fig Rig (as seen in top left photo). If you're looking to get similar functionality with your Came-TV Gimbals, they all come w/ Quick Release Adapters so that you can mount those gimbals to just about anything. Here's a basic PVC frame you can build for your small Optimus Gimbal or Mini-3 Gimbal that can offer similar function.

Using 1/2" PVC, the corners are made up of (2) 45 Degree elbows. Top handle is a T connector + (2) 90 Degree Elbows. The feet to keep it standing are (2) T connectors and some scrap PVC capped off. Basic bike grips used on sides and on top handle (bike grips work well on 1/2" PVC). No balance stand needed to set your gimbal down, and you still have a top handle and dual side handles. Decent for those smaller gimbal systems to allow you to hold and operate your camera as you would a Fig Rig stabilizer.

The new #Optimus Adapter opens up new possibilities for using or mounting this @cametv #Gimbal. The adapter offers threaded mounts for you to add the #Optimus to a monopod, Jib, or even a Car Mount! Keeps a low profile since this gimbal doesn't require the handles to be operational. Another reason why this is more flexible than other handheld systems..

Many single hand gimbal systems require their handles to operate, but because the Optimus has relocated their batteries outside of the handle, you have more versatile mounting options. This new adapter opens up even more possibilities to creatively mount the CAME-TV Optimus Gimbal Frame (without handles) to keep a low profile. For example you can now easily mount the Optimus to Monopod, Jib, or even Car Mount. Visit CAME-TV.com for more info. 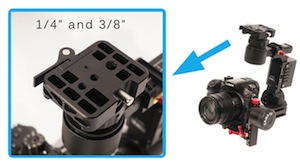 Another Multi-Million Dollar #RealEstateListing knocked out with @bluskyfilms today. The new @cametv #Optimus #Gimbal has been a solid workhorse on many of these projects in the last few weeks. Paired with a #GH4 + 7-14mm lens, it provides super fast smooth dynamic wide angle shots. Several hours on a single battery means no stopping until the projects are done. #cametv #Stabilizer #bluskyfilms

Although this CAME-OPTIMUS Gimbal i'm working with is an early prototype, it's been a solid workhorse. I've been putting it to the test on several Real Estate listings shooting up to 6 hours a day on a single battery.

I'm using the CAME-OPTIMUS Gimbal mainly with the GH4 or Sony A7s and have not had any issues so far. For small mirror-less cameras like the GH4 or Sony A7sII with native lenses, I'm guessing this could turn out to be a very popular item.

Here's a recent video I helped out with from BluSkyFilms showcasing many CAME-TV Optimus gimbal examples along with some footage from the DJI Phantom 4.