was out of stock for a few months. The 3/8" standard mount (not bowl mount) is what is used for tripods with the extendable center column (neck). It might not be the most fluid head available, but the low price and the fact that it's made mostly of metal makes it very popular for use on top of Sliders and Table Dollies. It can also carry a decent amount of weight and is used to support small small Jibs / Cranes, or under Sliders. 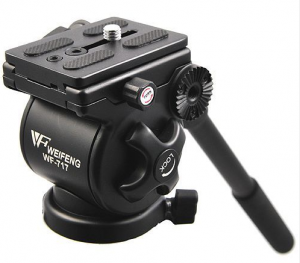 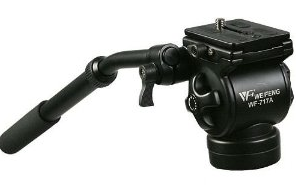 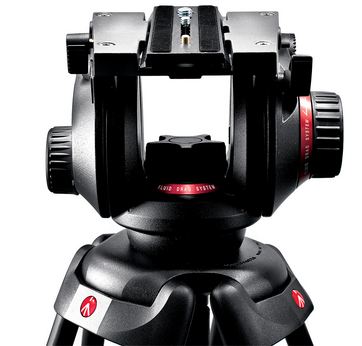 There she is. She's my Eleanor. That mystical Unicorn. The legendary beast that constantly eludes me from capturing her as my own. (Referencing 'Gone is 60 Seconds'). Anyways, that's the Manfrotto 504HD Fluid Video Head. It looks good and works awesome, but the fluid head alone will run you $399. Grab a set of legs with it and you're running yourself close to $900 dollars. Sure i'd love to have every single tripod in my stash to be the best, but the truth of the matter is, it wouldn't be practical. At least, not for what I do right now. For bigger projects where you think you'll need the best of the best, you can always rent. (Check out BorrowLenses.com)

Last minute, we decided to do a live shoot with different camera angles, and we wanted a shot that was done in one take all the way through. I needed a few more tripods to station cameras around the subject. In a small studio space I don't need to have every single tripod to be an expensive one. I'm finding that many times we set the camera in it's position, start the recording, and forget it. There may be some light rack focusing involved and slow pans, but we're not chasing fast moving athletes. So for the many stationary cameras, I decided to order a few of the FT-717 Tripods + Fluid Head combo kits. It's exactly the same as the WF-717 re-branded. This fluid head is almost the same as the 717AH I use for the DIY Slider, except that it is ball mounts. If you're not familiar with the ball mounts, it's basically a super fast simple way to get that final adjustment into leveling your camera. 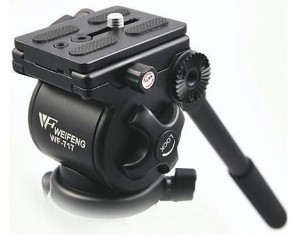 This is a three stage Tripod that has a very wide rail design common for Video tripods, and also has a center brace for extra sturdiness. Three stages of adjustments means that it can collapse shorter to make traveling easier. I've seen some monopods with 5 stages that allows it to collapse down to less than 16" for traveling and cheaper tripods may only come in 2 stages. Once the tripod is extended to your liking, leveling the camera is fast with a simple turn of the knob at the ball head. This particular design is also available in plastic if weight is a concern, but I opted for the metal version mainly for durability. 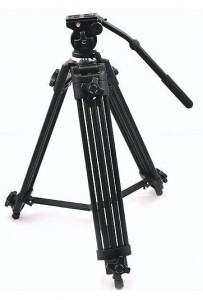 I have several different tripods, and one is a beast which can extend to 7ft high. If this WF-717 / FT-717 would be your only tripod, there's some things to keep in mind. Getting the camera to eye level is important for some shots, and because this is a ball mount head, there's no adjustable center neck with this particular tripod. You'll lose about 1 ft compared to the other types of tripods. With the legs fully extended the base of the camera will sit at 53" inches. Bringing the legs close together and 'cheating' a bit, you'll gain maybe 2-3 inches of additional height. This type of tripod is perfect if you're elevated, shooting low shots, if you're at a distance from your subject, or if your subject is seated.

Panning horizontally was a bit stiff right out of the box, but performed very smoothly after working them in. I believe it's because there is just random fluid thrown into the head before shipping. Once you've worked it in, it's very very smooth, especially when adding the weight of your camera and lens. A few nice additions too. The WF-717 Ball Head + Tripod also has a built in retractable bungee hook used to wrap it up and keep the legs from opening up as you carry it. It also ships with a pretty nice travel bag that includes a sling strap for hands-free carry. It's no Eleanor, but I was able to grab three of these for about the price of a single Bogen 504HD Fluid head. 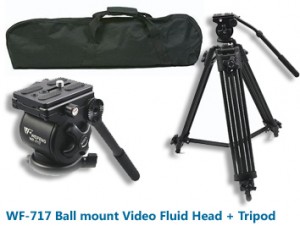