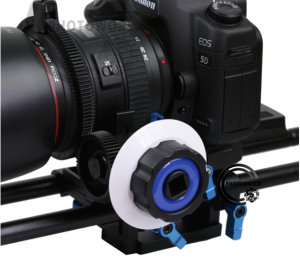 Another reason why you're not seeing too many DIY Follow Focus projects anymore, here's another new and cheaper follow focus system

listed on the market. Doesn't look pretty but the listing claims it's made of aluminum (mostly anodized black), ABS, and rubber. Comes with a quick release 15mm clamp style mount and universal lens gear.

With the quick release style clamp, It can be mounted on both left and right side of the camera, but the gear on the box is also reversible. It also has both vertical and horizontal height adjustments, overall a decent feature set retailing for only $88 dollars. Obviously it all boils down to how effective the gearbox is in the FF, but you can find more images and information via eBay (Click Here). 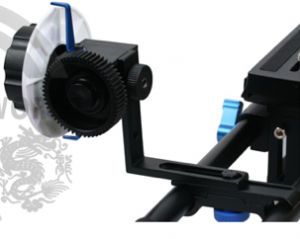 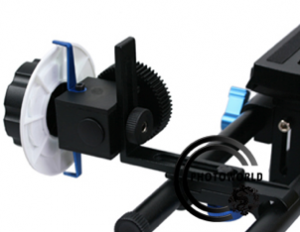 Keep in mind you'll still need a basic set of 15mm Rails to mount. Your basic set should include two 15mm Rods, a Camera Baseplate (to mount your camera), and a Tripod Mount (to attach the rails to your fluid head) - like this basic set (found here).